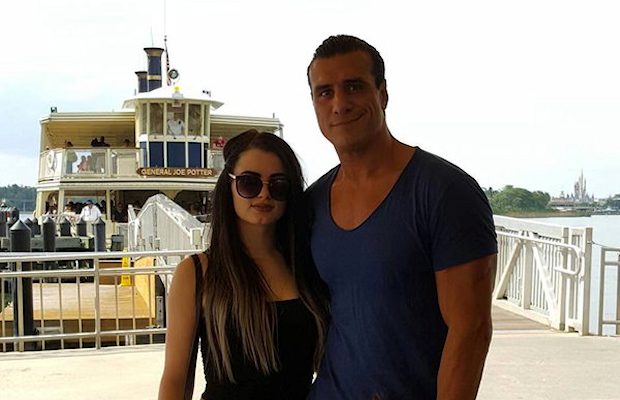 New details regarding what initially seemed to be the detainment and arrest of WWE Superstar Paige, have been addressed by MLW Radio hosted by Court Bauer, Mister Saint Laurent and Konnan.

According to the trio, Paige and Alberto Del Rio were enjoying the Absinthe show together in Las Vegas after Sunday’s Money in the Bank.  An intoxicated couple approached the two superstars and began calling them ‘fake wrestlers.’ A heated argument broke out between the two parties, leading to one of the drunk antagonists accosting Paige.

Upon the arrival of the police, everyone was handcuffed to help keep the situation under control. Paige was placed in an ambulance to be examined by medical personnel and then released. No charges or arrests were made to Paige or Alberto Del Rio.

What are your thoughts on this whole fiasco?