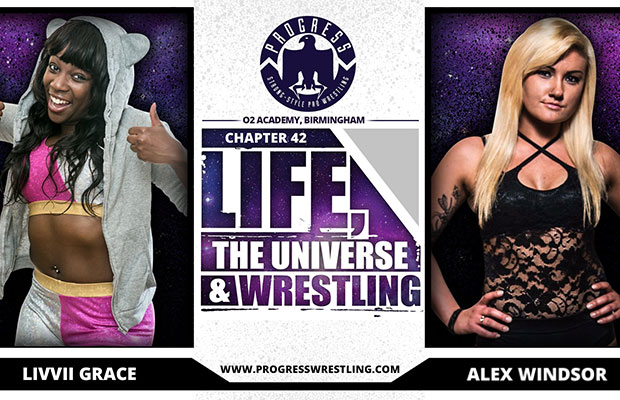 The Natural Progression series in which the winner will be crowned the very first PROGRESS Women’s champion has gotten off to a fantastic start.

With breathtaking matches from the likes of Jinny, Pollyanna, Nixon Newell and more, two more ladies have been added to the lineup.

On Sunday, January 15th, at ‘Chapter 42: Life, The Universe & Wrestling’, Livvii Grace will face Alex Windsor for a semi-final spot in the Natural Progression Series.

The result of the series thus far is as follows:

Following next Sunday’s event, two more first round contests will take place before the semi finalists will be confirmed.

The official rounds are yet to be released, but we are likely to see Jinny face Nixon Newell, and then Toni Storm to fight the winner of next Sunday’s match.

Though the event is currently sold out, the show will be uploaded to Progress on Demand soon after. If you subscribe to the on-demand service you’ll be able to catch up with the entire series thus far

Who do you want to see take home the win? Will you be attending? Let us know your views in the comments below!