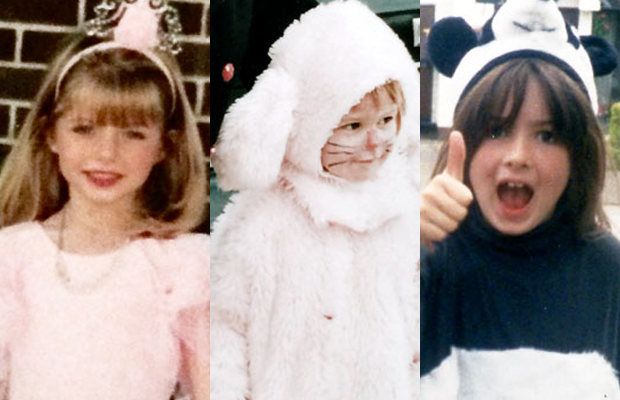 With Halloween just around corner, WWE.com has reminisced with NXT stars about Halloweens gone by.

They spoke to Divas Alexa Bliss and Becky Lynch, as well as commentator Renee Young about their most memorable childhood Halloween costumes.

Alexa had fond memories of dress up to match her life size Barbie doll: “I was about 5 or 6 years old. Growing up, I was always a huge Barbie fan so it only made since for me to dress up as my idol at the time. The outfit I wore matched my My Size Barbie doll. My mom was Dorothy and I was Glinda the Good Witch.”

Renee recalled dressing as another holiday’s mascot – the Easter bunny: “Well, here I am at 4 years old and I went as the Easter Bunny for Halloween. I think I was confused. Also, literally everyone in my family was forced to wear that thing at one point. It was a smash hit. I looted tons of candy that year!”

Becky, meanwhile, drew from her bear fascination: “OK, so I was 7 and I dressed up like a panda because I thought they were cool. I thought I was strong like a bear but also more unique and rare, like a panda. That was the Halloween I threw my first non-birthday party. I thought birthdays and parties were the exact same thing and could spell birthday but not party, so I sent out all my invitations for my ‘Halloween birthday.’ My mom had bought a cake that was shaped like a bear, but because I had such a strong bond with the hairy fellas, I threw a tantrum when my mom attempted to cut it to dish it out to my friends. In my mind, I felt by cutting the birthday bear cake, she was causing harm to the bear. I later found out that my brother ate the ear, so in retaliation I kicked him so hard in the shin that I made him cry. I wasn’t just a unique panda; I was a defensive one, too!”

You can read the full article on WWE.com.