NXT Predictions: Who Will Win… Kaitlyn or Naomi? 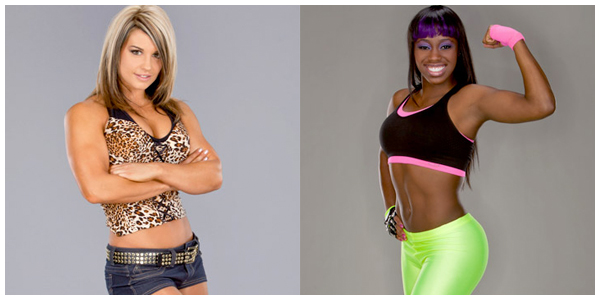 We are just a few hours away from the NXT season three finale where either Kaitlyn or Naomi will be crowned the first and only female winner of the show. Who will take the crown? The DD team weigh in…

Cryssi: First of all, I can’t believe that the season is finally coming to an end tonight. It’s been a long journey but here we are. In a season that started off with a rookie’s firing, we’ve had a lot of drama to say the least. I called it the very first week that Kaitlyn would be in the finals and likely win NXT. I’m sticking with that and predicting that she will emerge victorious tonight. That said, I truly hope the WWE does the right thing and gives the victory to Naomi. It’s your opinion on who deserves it more, but Naomi wasn’t consistently given the least amount to work with and I really feel that she needs the rub of being the NXT winner. It would finally give her a storyline, something she severely lacked throughout the course of this season, and SmackDown really needs the help right now.

David: I would be much more concerned about the outcome of NXT if only the winner could get added to the main roster, but as we have seen from Seasons 1 and 2 the exposure on the show has resulted in several male wrestlers finding good storylines on television each week. I think both Kaitlyn and Naomi will be added to the roster, and hopefully AJ as well, as I think all three would add a new dynamic to the Divas division. I am not as opposed to Kaitlyn as many fellow readers; I think she has a good look and the potential to be a solid contributor. Her storyline with Vickie was effective on the show and I think she is going to win this season, not because she is the “best wrestler” (that is Naomi hands-down) but because this is about “entertainment” and she will cause a stir if she wins. Naomi is going to be fine; she’s such a good wrestler she’ll settle in nicely by putting on great matches against the current Divas. Kaitlyn will win.

Erin: If there’s any justice in the world, Naomi will win this competition. Even if it were down to her and AJ (which it should have been, and which would have made for a much more suspenseful final two), I think Naomi would most deserve the victory. She’s the most well-rounded rookie and the one I’d most like to see competing on the main roster. With it down to her and Kaitlyn, someone who hasn’t developed nearly as well as Naomi and wasn’t even originally intended to compete in this season, there’s no competition. Naomi beats her in pretty much every category, and will win this season of NXT.

Melanie: This is an extremely tough prediction for me. I honestly could see it go either way. On the one hand, Kaitlyn is WWE’s favourite and has been pushed shoulders above the rest in terms of weekly storyline with Vickie Guerrero and Dolph Ziggler, but let’s be honest — she can’t wrestle for toffee. On the other hand, Naomi has been impressive in physical challenges and has impressed in the ring each and every time, but hasn’t had the same character development as other girls. So do you vote for the ‘character’ or the ‘wrestler’? I feel Kaitlyn has an upperhand due to the Vickie storyline, but the fact Naomi has made it this far makes me think she can go all the way. In my estimation, she’s been completely downplayed over the past several weeks, not being given the same storyline opportunities as Kaitlyn, AJ, Maxine and Aksana so she too can develop a character. In spite of all that, she’s still in the contest and has outlasted all those girls. As it happens, I am also rooting for her so in the spirit of positive mental attitude… I predict Naomi will win.