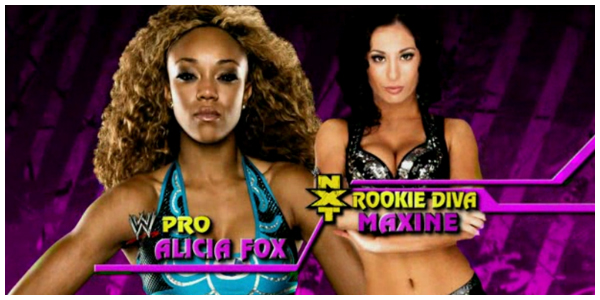 NXT season three kicks off tonight, but before that, we’re helping you get acquainted with the cast of NXT 3! Today, we look at Maxine, the current General Manager in FCW, who will be paired up with former Divas Champion, Alicia Fox.

Profile
This sassy 24-year old Latina hasn’t got much experience in the ring, but has made her mark in other ways in Florida Championship Wrestling in the past year. Maxine, real name Karlee Perez, made her debut as Candy Girl, managing Sweet Papi Sanchez. Upon leaving Sanchez, Candy Girl became Liviana and she aligned herself with whoever was in power, whether it’s Abraham Washington or Norman Smiley, cementing her reputation as a gold digger. Her ambitious attitude has recently netted her the position of FCW General Manager. Maxine has also made her mark in the ring as well:

Obviously, Maxine’s ring work isn’t her strong suit but judging from her NXT promo, she seems to be the only Rookie Diva with a solid character. Much like Maryse, she may be able use her charisma to distract from the fact that she isn’t exactly a wrestling prodigy.

I see Maxine being one of the first girls cut from NXT this season, but I see her being a part of the main roster (in a non-wrestling role) soon. We”l just have to wait and see how she fares on tonight’s premiere of NXT.