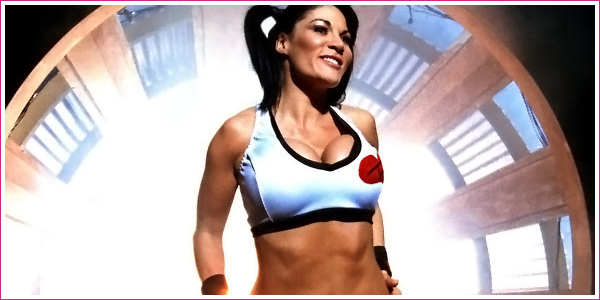 You’re forgiven if you thought ‘Original Flavour’ TNA Knockout, Traci Brooks had been fired or left TNA — but no, she hasn’t. In fact, Traci is set to return to TV at this week’s Impact tapings, which take place tomorrow, Wednesday and Thusday where the company will tape another month’s worth of episodes.

Traci was last seen on television as the ‘Knockouts Law’, a sort of General Manager for the Knockouts division however the angle was dropped abruptly.

Personally, I have always thought it would be cool to have a separate female GM for the Divas, or in this case, Knockouts division and was really excited to see a female authority figure in the former Ms Brooks.

With the controversy surrounding Angelina Love‘s title win last night, I think this could be a great way to bring Traci back as the ‘Knockouts Law’ — though who knows if they’ll pick up that storyline after the way they dropped it last time. With a growing division, I really think the Knockouts could use a governing body of their own.

No offence to Traci, but as an in-ring performer, she’ll just be another fish in a plentiful sea and as the ‘Original Flavour’, I think this would be a more prestigious role for her.

Also set to debut during this week’s tapings is Japanese star, Ayako Hamada.