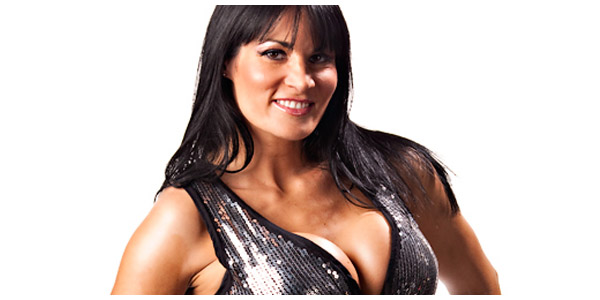 TNA has released TNA Knockout, Traci Brooks reports PWInsider. Brooks is the longest serving Knockout, beginning with the company all the way back in 2003 long before TNA introduced a Knockouts division.

Despite being with the company for four years before the division was even born, Traci was never really pushed in the Knockouts division with the top spots going to the likes of Gail Kim, Awesome Kong and Angelina Love.

Notable moments include her feud with Trinity, Ms Payton Banks [Rain] and a very short stint as ‘Knockouts Law’, a GM figure for the division. Most recently, Brooks served as the only Knockout representative of the Main Event Mafia before they disbanded and then took on a gimmick in which she revealed she had a disability in her arm though it was never substantiated if the disability was legit or a storyline device. Brooks also posed for Playboy last October after the popular adult magazine struck a deal with TNA.