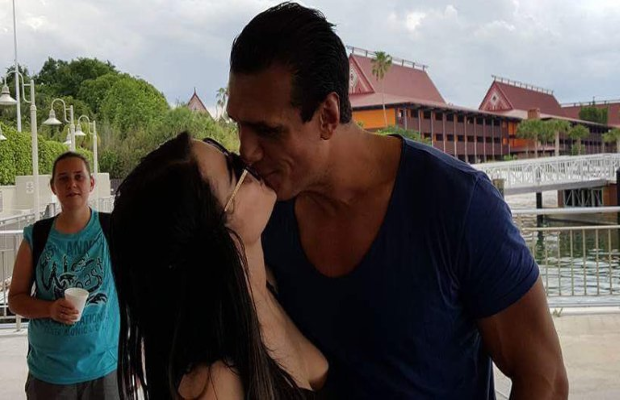 It would appear that the love story between WWE Superstar Paige and beau Albert Del Rio has entered it’s next chapter of engagement.

During a WWC in Puerto Rico show, the former WWE Divas Champion is seen entering the ring and proposing to her beau after his match against former WWE Superstar Carlito:

A tweet from a fan in attendance also captured the moment:

Pro Wrestling PR captures Paige’s first expressions upon her engagement, who says she is happy Del Rio didn’t say no:

Paige and Alberto Del Rio have been of much talk throughout the year since photos of the pair as a couple first emerged earlier this year. Since then, Paige has been suspended on two occasions for violating WWE’s Wellness Program, suffering from an injury which she is set to have surgery for later this week and allegedly harassed by the WWE for her relationship with Del Rio who was released from the company in September.

Prior to her relationship with Del Rio, Paige was previously engaged to Kevin Skaff, lead guitarist for Rock band A Day to Remember. Their relationship was chronicled on Total Divas before the two broke off their engagement earlier this year.

Paige’s family isn’t too pleased about this with her father and brother posting on social media to vent their frustrations:

Diva Dirt sends their congratulations to the happy couple!