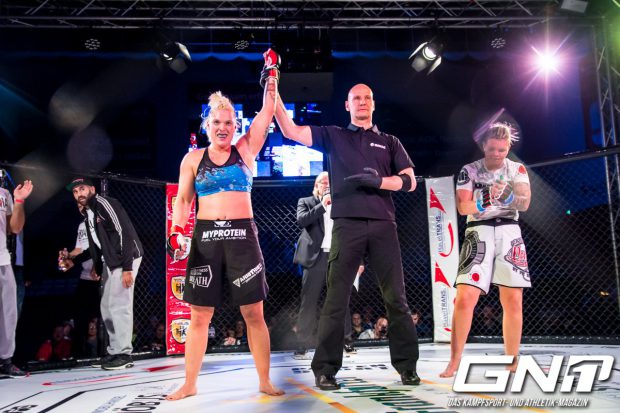 * Alpha Female came out victorious in her MMA debut against Manuela Kuhse. (YouTube)

* Bayley talks to Hollywood Life about ‘WWE 2k17,’ her dream match and whom she would like to see killed off The Walking Dead. (Hollywood Life)

* Wrestling Observer reports that WWE has their doubts that Paige is in need of neck surgery scheduled for Wednesday. (Cage Side Seats)

* Ember Moon discusses previous WWE tryouts and making a name for herself on the independent scenes before being officially signed to NXT. (Miami Herald)

* Sasha Banks partakes in a Q&A session revealing her WrestleMania dream match, upcoming Hell in a Cell match and desire to partake in the Royal Rumble. (YouTube)

* All Wrestling News speculates that Trish Stratus was originally booked as Asuka‘s opponent for NXT TakeOver: Toronto but was replaced with Mickie James upon the news of Trish’s pregnancy. (All Wrestling News)

* SE Scoops reports that TNA owes taxes to the state of Tennessee and that the state can seize the right to the TNA property if the debt is not repaid. (SE Scoop)