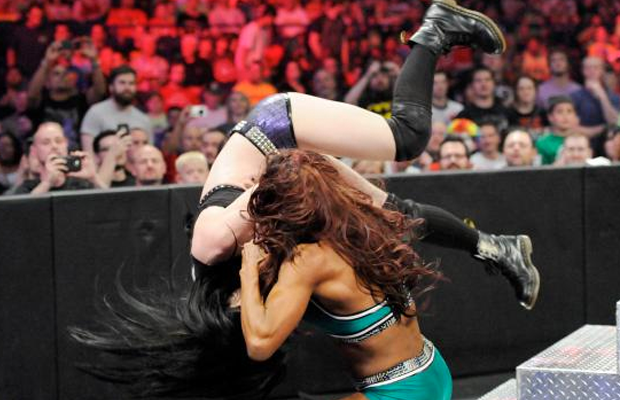 Leading up tonight’s Payback event, we’re taking a look back at memorable moments from the history of the Pay-Per-View.

In 2014, Stephanie McMahon was on a mission to make Brie Bella and her husband Daniel Bryan’s life a living hell. She was forcing Daniel to give up his World Heavyweight title or face the consequence of having Brie lose her job. Brie stepped in before Daniel could officially relinquish his title, taking matters in her own hands and quitting on the spot. Brie wouldn’t leave peacefully though. She would shock the evil boss lady with a slap across the face!

Elsewhere on the show, Paige was scheduled to defend her Divas Championship against a tantrum throwing Alicia Fox. The match saw a physical displaying inside and outside the ring but Paige would eventually trap Alicia in the PTO, forcing Alicia to tap out. Paige would walk out a retaining champion while Alicia walked out with another emotional meltdown.