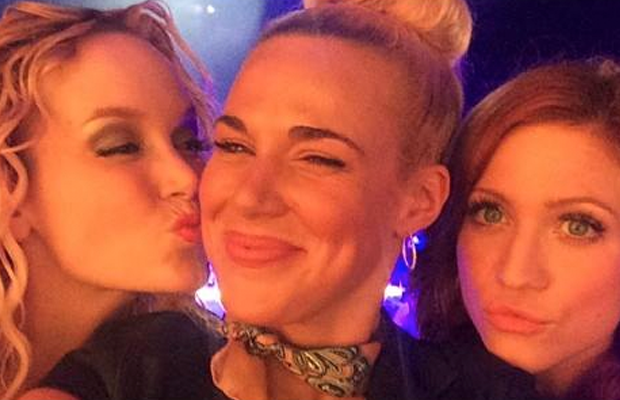 While she’s not been busy watching Alexander Rusev crush the competition, Lana has been on the set of Pitch Perfect 2, filming for the sequel alongside stars Anna Kendrick and Brittany Snow.

Lana had a small on-screen role in the first film in addition to doing choreography work.

View a few of the photos below and see them all on Pitch Perfect 2‘s Facebook photo stream.