Plans for The Beautiful People 2.0 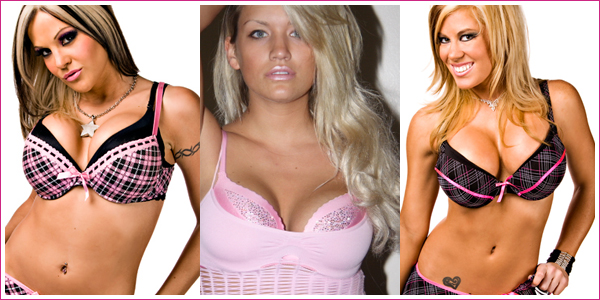 Like Destiny’s Child and most recently, the Sugababes, The Beautiful People has undergone a lineup change. Judging from those two groups, you can drop members and bring in new ones and still find success. But what happens when the Beyonce of the group is cut? Well if the Wrestling Observer is right, it looks like TBP 2.0 will be cut off at it’s legs.

Ever since Lacey Von Erich was announced to be replacing Angelina Love, there has been a lot of uncertainty from fans regarding the wrestling ability she can bring to a group that has already lost it’s strongest worker. F4W reports that the new lineup of the group will be more character-based, rather than a wrestling stable.

The idea is for The Beautiful People group to be focused more on doing skits and vignettes and less on wrestling with Angelina Love no longer with the group. The reaction to Lacey Von Erich is that she’s gorgeous, even better looking then the other members, but doesn’t have the performing instincts Sky has and isn’t much of a worker.

Translation: Expect more of those backstage segments with Lauren on those throne-looking things. I have to wonder if any of the current lineup are strong enough to lead this group from an in-ring standpoint, it seems like they need someone of the level of Angelina to come in and be the ‘worker’ of the group. Blondes on the indies, send your resumes in NOW! Krissy Vaine girl, if you’re reading, that means you ;)

EDIT: Another report on TBP 2.0 comes from PWTorch by way of Lords of Pain, this one highlights Madison Rayne as the strongest worker of the current lineup:

Of the three present members of “The Beautiful People” — Von Erich, Velvet Sky and Madison Rayne — many feel Rayne is the best worker of the trio. However, they also feel she needs to overcome some confidence issues before she can reach her true potential in the wrestling industry.

I wholly agree with this, Rayne is by far the best worker of the group and anyone who has seen her in SHIMMER knows she has a certain spark that could translate to becoming a great top Knockout in the years to come. However, I definitely can see the confidence issues — she has never looked overly comfortable in The Beautiful People which was why I was quite excited when they kicked her out. As talented as she is, her I’m assuming, real life sweet naturedness oozes through the bitchy heel she’s supposed to be playing.