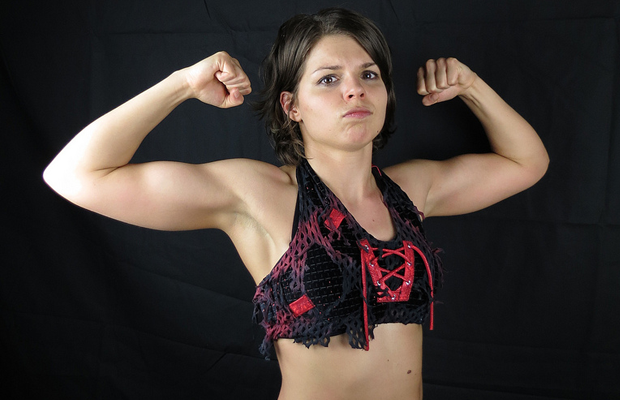 Portia Perez will wrestle her final match this weekend.

The SHIMMER mainstay announced her retirement at this weekend’s tapings, citing her need for career-ending neck surgery. Her final match has been booked for Sunday afternoon’s volume 79 tapings.

Perez made her wrestling debut in 2004. Since then, she’s carved out a significant place for herself on the independent wrestling scene, from Canada and the US to the UK, Australia and Japan. As part of the Canadian Ninjas with former SHIMMER Champion Nicole Matthews, she is a two-time SHIMMER Tag Team Champion.