PPV Predictions: WWE Over the Limit 2010 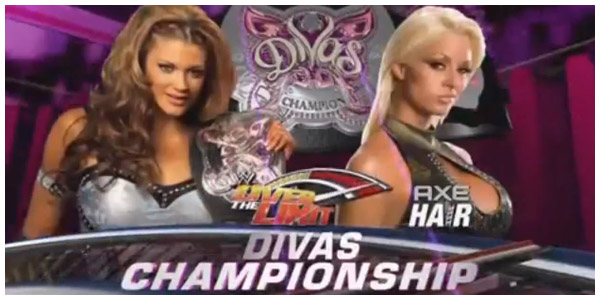 Tonight, the Divas Championship is on the line as Eve Torres defends against Maryse. Who will come out on top? The Diva Dirt team weigh in:

Cryssi: This feud is just getting good and to be honest, I would hate to see it end. I feel that if Eve wins, she moves on from Maryse and goes to a new challenger. I don’t know who Eve could feud with on Raw that would be as interesting as her feud with Maryse. I personally love the Gail Kim/Alicia Fox mini-feud so that leaves Eve with Jillian or the Bellas. Yeah… no. I reckon Maryse either gets disqualified and beats the crap out of Eve, or Maryse cheats to win the title back and Eve goes back to the chaser. I guess that makes me undecided about a winner so I’ll just say Maryse. Be sexy.

David: I am really looking forward to the Divas Title match Sunday night. The build between Eve and Maryse these past few weeks has been effective because it has brought out the best in Maryse’s character and also given Eve a solid first storyline as champion. I think a win Sunday night would be a major step for Eve, so I think Eve will retain the title. Right now Maryse should be used to chase Eve and ultimately put her over. I just really, really, really hope that the WWE doesn’t change the booking like they did at Elimination Chamber in February. Let the girls work and put on a solid title match!

Erin: I feel that the WWE is only getting started in building up Eve, so it would be strange of them to take the title off of her so soon. Also, this feud has a lot left in it–it’s only just started getting good, for God’s sake! I hope that they’ll continue this feud and build up to an even bigger blow-off match in the summer, and for that to happen, I believe Eve must retain her title. Of course, Maryse winning wouldn’t necessarily put a stop to things, but it would shift the momentum a bit and I think, for the first time in months, things have been going in a positive direction. I say stay the course and continue developing Maryse’s character (is she jealous, cowardly, or just plain old arrogant?) through her chasing the title. In short, Eve to win and keep the Divas Championship.

Melanie: I think it’s far too soon to take the belt off Eve so I feel this is a pretty one sided affair. There’s been some good storyline progression over the past few weeks so hopefully that leads to a decent match tonight. But as for the outcome, I expect Eve to retain.

Steven: To be honest, I wasn’t crazy about this feud when it first started, but with all the storyline progression that we’ve seen in the past few weeks, I’m actually kind of curious to see where this goes. That said, I don’t expect the match to be much wrestling wise. WWE has proven that Eve is their new golden girl, so having her drop the title so soon makes little sense. For Eve this is the match that will either make or break her in terms of being a credible champion in the eyes of her critics. I see Eve picking up the win this Sunday at Over The Limit without a doubt.

Tiffany: Disregarding what I’d prefer to see happen, I think Eve will pick up the win at Over the Limit. She’s held the Divas Title for a relatively short while. So, I suppose it’s only standard procedure to keep the belt on her for just a little while longer. I’d love to see Maryse reclaim what’s rightfully hers, but I’d give it some time. She hasn’t exactly gained the clear upperhand in this feud thus far. I’d say it’s been booked quite equally between the two.