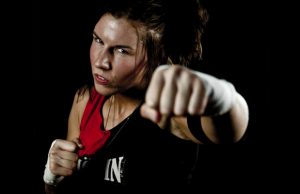 Pro-Wrestling: EVE has issued a statement responding to Saraya Knight‘s withdrawal of her WAW gym from the company.

Saraya announced yesterday via Facebook that WAW and its competitors, including herself and Britani Knight, would no longer compete for EVE.

Saraya’s daughter, Britani, lost the Pro-Wrestling: EVE Championship last night to Jenny Sjodin which is what is believed to have lead to Saraya’s abrupt withdrawal.

[notice]It is with regret that we announce the WAW Gym’s withdrawal from Pro-Wrestling:EVE. Everyone at Pro-Wrestling:EVE would like to thank those at WAW for their previous involvement and wish them well with their new ventures.

Away from this, Pro-Wrestling:EVE would like to congratulate new Pro-Wrestling: EVE Champion ‘The Female Fight Machine’ Jenny Sjodin on her title victory last night in Morecambe.

With a loaded roster of talent such as The Alpha Female, ‘Portugal’s Perfect Athlete’ Shanna, Erin Angel, April Davids, Nikki Storm, Super Janey B, Rhia O’Reilly, Em-Jay, Kay Lee Ray, Carmel Jacob and Sara-Marie Taylor of The Glamour Gym, ‘The Hardcore Daredevil’ Blue Nikita (the list goes on and on) along with Jenny Sjodin as our champion Pro-Wrestling: EVE will continue to be at the forefront of European professional wrestling and are excited at what the future will bring.

We now look ahead to Sjodin’s up-coming title defences (details coming soon) and the ground breaking Pro-Wrestling: EVE vs Ice Ribbon Series in Doncaster on October 8th and 9th. Details and tickets for this event can be found at www.EVEwrestling.com.[/notice]

Thoughts: While it’s disappointing that we won’t see Saraya and Britani on EVE shows again, EVE has the tools to succeed, especially with a big show coming up in October with Japan’s Ice Ribbon promotion. Plus, new champion Jenny Sjodin and Alpha Female have what it takes to be big stars. (Alpha, in particular, caught my eye on the very first EVE DVD last year.)