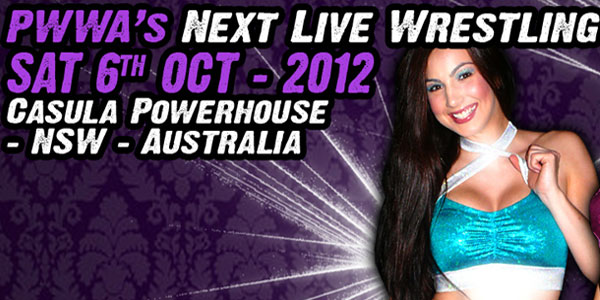 Pro Wrestling Womens Alliance (PWWA) has officially announced the date of their next event to take place on Saturday, October 6th at the Casula Powerhouse in Sydney, Australia.

PWWA is the only all female promotion emanating from Australia, and has featured the likes of Madison Eagles, Kellie Skater and Jessie McKay to name just a few. They previously hosted the first SHIMMER Championship defense outside the United States when then-champion, Madison Eagles successfully retained the title against both McKay and Nicole Matthews.

Eagles also currently holds the promotion’s own championship, but in light of her absence from competition due to a brutal knee injury, a tournament has been in progress to crown an interim champion. Jessie McKay and Evie are the final names left in contention, as they outlasted Kellie Skater, Shazza McKenzie, Harley Wonderland, Megan-Kate, Alex Lee (former WWE developmental talent, Irena Janjic) and Eliza Sway throughout the tournament.

McKay and Evie are set to square off in the finals, with the match between the two taking place at a separate event, however; the match will be part of brother promotion PWA’s “Call to Arms VI” event to be held at the Casula Powerhouse on Saturday, August 25th.