Queens of Combat 3 Results: Mickie James Returns to the Ring 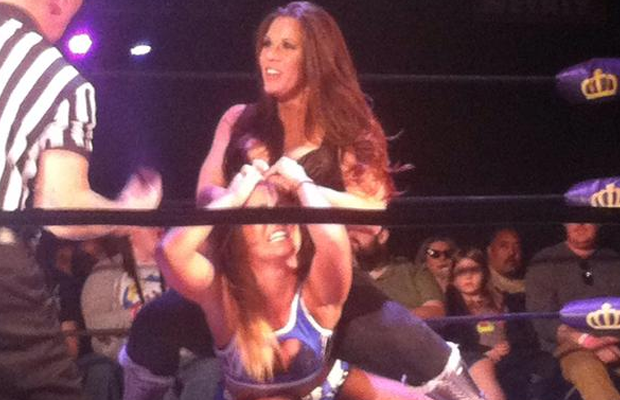 James, who took a break from wrestling following her TNA release last year to have her son, wrestled third generation star Tessa Blanchard at Queens of Combat 3. James was successful, winning the match after hitting a spin kick.

Also on the show, former Knockouts Champion Havok faced off with LuFisto in a brutal contest that saw them brawl all the way to the parking lot.

The event was headlined by a match pitting Leva Bates and Mia Yim against the World’s Cutest Tag Team, Candice LeRae and Joey Ryan. Yim and Bates would win the match following tandem finishers, Leva hitting the Pepsi Plunge while Mia hit a 450 splash.

Queens of Combat 3 will be available on DVD and digital download soon. Visit CombatQueens.com for more information.

That wasn’t this weekend’s only appearance by former TNA talent. On Saturday at WrestleCade, Lei’D Tapa came out on top of a battle with Amazing Kong.

Check out our Twitter for pictures from the event. More will be added to our Instagram soon.