Are WWE finally listening to us about pushing Neysus to the moon and back and perhaps the WWE Divas Championship? 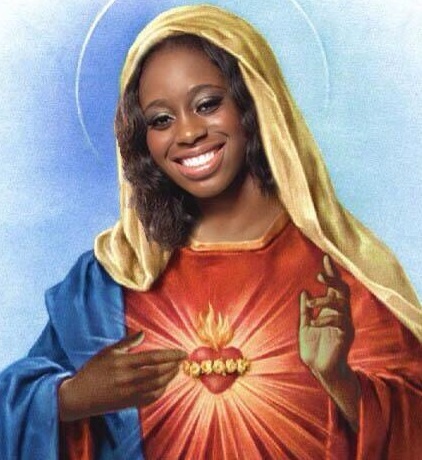 Hello readers and I hope you’re having a canny morning/afternoon/night depending on where you are reading this. Tonight is the first night that Stephanie McMahon has not featured on Monday Night Raw since her loss of power and whilst that is still a little bit of a sore subject, replacing her as the ‘multiple scenes in one-night Diva’ is none other than Naomi! Christmas has definitely come early as the Funky Floridian got more spotlight than I’ve seen her receive in forever, and it was great to see. I’m trying not to get too carried away though!

As well as appearing in a backstage segment with The Miz and Damien Mizdow, Naomi was also one of three choices in a WWE App poll. AJ Lee was to team with either Alicia Fox, Naomi or Natalya to take on Brie and Nikki Bella and the fans got to pick AJ’s partner. Friends and enemies are practically the same thing to AJ so I wonder how well that will go?

We also were treated to appearances from Lana, Lilian Garcia, Natalya, Renee Young and Rosa Mendes so without further ado, let’s get cracking!

Our first sighting of the night was courtesy of Lilian Garcia, who managed to get the camera’s attention for once (just not in the embedded video above!) as she announced the Tag Team Gauntlet match, which Natalya was at ringside for. I still can’t believe Lil is nearly 50 years old…
The New Day lost a match already? Looks like they got screwed… again! Poor Xavier Woods. That break of his is seemingly impossible to catch!

Natalya managed to help Tyson too inadvertently. Was her shocked face because she actually liked being a bit devilish?

After the match, Naomi is seen celebrating her husband’s win backstage when The Miz and Mizdow come waltzing in. Miz starts buttering Naomi up, saying that he voted for her to be AJ’s partner and he loved her video for ‘Dance All Night’.

Wait, WWE are starting to reference that now? Please let her make it her theme song powers that be! 4 months too late is better than never!

The Miz gives Naomi the card of a Hollywood agent he thinks would be interested in working with her and then Mizdow gives her an imaginary card – LOL. Despite getting some spotlight on her, Naomi remains a mute throughout the entire segment. WWE give so much in some respects yet then take it away in others…

Next up, the stunning Renee Young catches up with Vinnie Mac backstage. He plugs his podcast appearance alongside Stone Cole Steve Austin which is pointless in terms of storyline, yet it’s always good having Vince on TV! His response were so cheesy though…

Hell appears to have frozen over during our next segment as Lilian Garcia got her second shot of screen time in one night (shock horror!) and Rosa Mendes got mic time (shock horror!!!!) by announcing Fandango had won his match via forfeit. What crazy alternate universe are we living in? I feel like I’m in one of Bobby’s dreams. I’m not sure if that is a good thing!

It’s official that WWE have no idea what to do with Rusev now. Feuding with Jack Swagger again? Whilst I like both of them, I don’t want to see this again. Lana looked hot though, despite cutting the 85605865404th variation of the same promo. I was unable to find a video for this segment yet you really aren’t missing much. If you’re that bothered about missing out on a photo of good old Vlad, you can google image him I’m sure!

We next hear about a Diva without seeing one as The Miz discusses on commentary about why he confronted Naomi backstage. After declaring that he is not after bedding her yet he does find her hot, Jimmy Uso comes out and the showdown was electric. Jimmy clocked Miz right in the face and it was amazing! So realistic and I love the fact some of the Superstars are feuding because of a Diva. It’s about time something like this happened again!

Its match time now as Brie Bella and WWE Divas Champion Nikki make their way to the ring. This storyline is still so weird. Nikki still wants to be the #1 Bella though, which was evident in her pulling Brie’s arm down on the ramp and stopping her from booty shaking in the ring after the commercial break. Little hints like that make me think that this ‘reconciliation’ is well, far from being a reconciliation!

AJ skips out next and she stares at Jerry Lawler before he announces who the WWE Universe selected as AJ’s opponent. Alicia Fox got 20% of the vote (I expect her to come to ringside and protest with fizzy drinks and popcorn), Nattie’s husband’s wife (thanks for that JBL) received 32% but coming out on top is Naomi, who received 48% of the vote! WWE clearly wanted Naomi in this match and getting her in the spotlight earlier was a great way to guarantee that!

The match begins with Brie Bella charging right after Naomi by thrusting AJ right off the apron. Naomi grabs Brie to defend her partner yet it appears that Nikki is actually legal and she attacks Naomi. The Divas Champ hits a snap suplex, low dropkick and a rough knee to the face (WATCH THAT GODDAMN EYE SOCKET!) in quick succession before following those up with a choke with her foot.

Nikki’s shadow tags her way in next. She tries to make Brie Mode still happen, despite appearing to be a heel and despite appearing to be a heel, she actually gets a reaction. I’m so confused. Brie blasts Naomi in the face with her running knee strike and then attempts to break her face again with a harsh elbow. Nikki acts all cocky and declares that she “likes that”. I’m not even more confused. What is going on with Brie and Nikki and why are we being left so horrendously in the dark? I feel Brad Maddox in that cave!

Thoughts: This week’s episode of Raw was unfortunately mixed. Whilst we saw an interesting spotlight cast on Naomi, the in-ring action was incredibly bland and once again, the Bellas storyline left me pulling my hair out.

Allow me to be a legend and get the bad stuff out of the way first. Firstly, Lana and Rusev were boring. Whilst Lana’s mic work was solid, the promo was repetitive, I never want to see Vladimir Putin’s face again and I don’t want to see Jack Swagger vs Rusev again. I’m sure Swagger should be feuding with Fandango considering he (or Rosa with a skipping rope) attacked Zeb Colter. WWE don’t seem to know what to do with either of those male talents…

Or Brie and Nikki Bella. I did quite enjoy Nikki pushing Brie off of her after the match (I guess blaming her for the loss) yet this change in Brie’s personality needs to be explained. I think after Nikki beats AJ again, I’d like to see Brie volunteer to ‘lay down’ for Nikki in a Divas Championship match, only to roll her sister up and win the title. Heck, at least Nikki’s reign would be longer than 6 days! Then the feud can pick up a notch again, with Brie saying how she was just keeping Nikki sweet and she is sorry she let the fans down.

I honestly feel that the longer this ‘plot’ goes on, the harder it’ll be for the younger fans to forgive Brie, meaning she will get even less of a reaction. If WWE do intend on Brie playing Nikki all along, it needs to be a short affair otherwise people will become more frustrated. Either that will happen or WWE are just lazy and decided to drop the whole thing. It wouldn’t be the first time.

Finally, onto the light at the end of the tunnel – Naomi. Whilst WWE thought it would be appropriate to act like a mannequin backstage and not utter a single word, her potentially being the focus of this tag team feud is really nice. It is as though WWE decided to kill two birds with one stone. The Usos are still over and WWE wanted to give them a little more character and push them back into the tag title picture and they wanted to elevate Naomi. By having Miz appear to be friendly to Naomi only to reveal his true intentions of using her to ruffle Jimmy’s feathers is a nice idea.

However, imagine that WWE really had an ulterior motive. There has been a little rumour as of late and perhaps all of this was created as a platform for the return of Maryse? Maryse is obviously married to Miz and has the perfect character to rub shoulders with her husband. She is classy, beautiful and totally in love with herself; it is perfect. Whilst he is a movie star, she could be a reality TV star on Total Divas Season 4 maybe?

With Naomi in the mix on WWE TV, just as she may try and help her men out during a match at TLC, out of nowhere, the balance is restored and BAM! Maryse decks Naomi with a French TKO and follows it up with a sick French Kiss. I would die. Whilst horrible to say, I don’t see Naomi being involved unless something or someone else is going to benefit from it. Let’s hope that someone is Maryse.

Hell, Maryse even tweeted about it!