Afternoon one and all and welcome to this week’s Monday Night Raw Redux. We were lucky enough to have to Divas matches again this week, one spotlighting the title picture and another focusing on the fallout from Total Divas. Three Diva rivalries are thrust into the limelight tonight and Lana even got to main event the entire show! I’m as shocked as you lot! Let’s jump right into the action and hope that there is no acting from Bella dad Jonathan Garcia in sight!

Already in the ring is the Divas Champion Paige, and I begin crying tears of bitterness and anger at the fact I didn’t get to see her complete entrance and scream with her in-sync. WWE, those Mo Fos. Out next is Nikki Bella, and she’s looking absolutely unreal. She’s also now billed from San Diego, California although maybe that should be from John Cena’s back pocket?

I hear a new CFO$ track (that has really grown on me by the way) and it belongs to Mother Nature’s finest kiss-up, Brie Bella! Brie is rocking the red (again) and I’m sure all of you fashion fans out there are annoyed at her lack of attire change recently. She had blue on in the match preview graphic, give us some of that! Finally, AJ Lee is lighting things up during her entrance and Paige is beside herself with glee that her frenemy has arrived.

Brie and Nikki start the match and it looks like Nikki is going to back up her words… and then she legs it and tags in Paige. The Anti-Diva and the Cookie Cutter lock-up, with Brie getting the better of this test of strength. Paige rallies back though in a major way, decking Brie with a massive kick to the chest, a strike that show follows up with a club to the back. After some skipping (obviously), Paige knees Brie’s chest through the ropes and Brie’s chest has perhaps just gotten a bit flatter! Good job she wasn’t the one with the boob job otherwise those things will have been busted!

Paige then locks in a basic chinlock submission and I’m not going to show favouritism here – the move is totally boring. Brie breaks free and tries to pump herself up with some forearms, only to be cut off by a punch to the gut and a blasting forehead. An unsuccessful pin ensues before Paige hilariously taunts AJ, making fun of Brie by suggesting AJ tag her in. Paige uses Brie’s hand to blow AJ a kiss before Brie comes to life, rolling up Paige for two.

Paige reasserts her dominance with another hard headbutt before going for a boring submission yet again. Before the submission though, she did pretend to go to tag Nikki in and that was nice, if not a little rushed looking. Ater being locked in for a short while, Brie hits a jawbreaker and tries to make a tag, only for Nikki to pull AJ Lee right off the apron. AJ sold it like a champ too. Shame she isn’t one though! [/Paige Fangirling] With Brie distracted, Paige grabs the nature-lover and destroys her with the RamPaige. This one is over!

After the match, Nikki attacks Brie, adding insult to injury with a Rack Attack. Brie sold it to perfection. Say what you will about Brie’s acting, yet the girl can sell in the ring. Nikki struts off looking all dignified, moody and sexy, which leaves Paige to celebrate alone. AJ then mimics Paige skip for skip around the ring. I haven’t seen this much skipping since Rosa and her skipping rope antics: 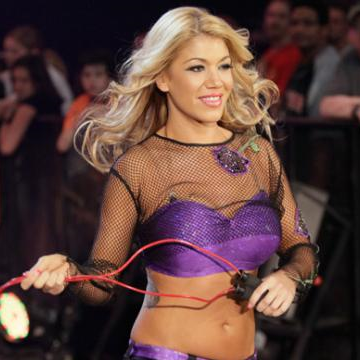 Moving swiftly on before I need a lay down, we return to the arena to see Cameron and Naomi ready to scrap in the ring. We see a Total Divas recap and then these two let loose!

I was living for the opening, which saw these two throwdown big time. Major hair-pulling and punches to the face between the glowstick lookalikes! This is what the Jerry Springer segment should have been like! Naomi gets the better of the aggressive tussle, pummeling Cameron with forearms and possibly knocking some teeth out by the looks of things! Cameron reverses an Irish whip only for Naomi to gain the momentum back in her favor by shoving her arse in Cameron’s face. The naughty schoolgirl did not like that however, and she proves it with a stiff forearm that sends Naomi to the outside.

The referee is told to count Naomi out by Cameron, yet then Green Machine makes it back in before the count of 10. Cameron keeps the aggression going, choking Naomi on the ropes before hitting a weak kick and a nice suplex. Cameron then mocks her former Funkadactyl partner with their old dance move. Cameron then hits a funky split-leg drop and tries to pin Naomi, who has her stomach to the mat.

That’s right. She’s laying on her front. LMAO. Forget Girl, Bye!. More like Girl, go and learn the basics! Let’s hope that was intentional as part of her character…

Undeterred after showcasing her lack of the basics, Cam applies a nice submission on Naomi, crippling Mrs Fatu’s back. Naomi makes it back to her feet, only for Cameron to yank her right back down. Having that much hair can be a disadvantage at times – Cameron ripped at that weave! After a one count, Cameron locks in a chinlock before transitioning it back to the submission from beforehand, driving her feet into Naomi’s spine.

Naomi gets the crowd behind her again and manages to make it to the corner, only for Cameron to shut her sunset flip attempt down, which seemed kind of off. Either way, Cameron carries on professionally, hitting a snapmare and running dropkick, a combination that nets her a near fall. Cameron then locks her submission of choice in yet again. Will it be third time lucky….

Naomi powers out and finally manages to get that sunset flip she was after earlier! Instead of going for a pin though, Naomi tangles Cameron amongst several flailing limbs, crushing every organ in her upper body. Cameron taps before Naomi can even apply the complete submission. I don’t think it has a name yet but whatever it is, that thing looks sick!

Finally, we move on to the main event, which sees Mark Henry face-off with Rusev and his glimmering Ice Queen, Lana. How bloody incredible does she look? I think I may need that lay down again. As much as I am thrilled that Lana has been given a chance to end Raw, really showing how much faith WWE has in her, the promo was literally the same type of thing we’ve seen from her before. She also didn’t get physical or provide any form of interesting distraction sadly. Still, she was as solid and reliable as ever despite the repetitive dialogue.

Thoughts: Let’s start off with Lana main eventing Raw – who expected that curveball? I am over the moon her, Rusev and Mark Henry got the chance to end the show and it was refreshing that WWE decided to do that. What wasn’t refreshing though was the story. The promo, whilst impeccably delivered, was as dull as dishwater considering we’ve heard it 604663974 bazillion times. We’ve even seen the whole USA vs. Russia thing before and we honestly move on to a rivalry for the Russians that isn’t about nationality. Mark Henry should be concentrating on the tag team division and not this. People are speculating that Kurt Angle could return next week, leading to the ultimate example of American glory taking Rusev on, and whilst that would give Rusev and Lana a major rub, there’s no way Kurt would return just to lose, and I don’t want Lana or Rusev losing for the sake of someone’s return.

Now let’s talk the tag match. What we saw was kind of disappointing if I’m honest as the way the storyline is progressing is completely lacking for me at this stage. We did see nice character traits get showcased like Paige’s humor and Nikki’s cowardliness yet other than that, the segment left me pulling my hair out.

I understand that the PPV has a Championship theme and throwing Nikki in the mix is good for her own character and relationship with Stephanie and I don’t mind her inclusion, yet, it seems none of the others mind either. AJ got pulled hard off the apron and she just lets Nikki get away? She attacked Nikki on SmackDown a few weeks ago for practically no reason and now she has a motive and she just ignores her? Paige is having to defend her title against Nikki come Sunday and she hardly even gives a second glance? I didn’t believe any of it. There was no tension regarding the PPV bout or hype for the match itself from the competitors at all.

As for Brie and Nikki’s feud, the writing is so hit-and-miss. I forgot to mention this last week so I’ll mention it now. Two SmackDowns ago, Brie pulled AJ off of Nikki when the unhinged one as attacking her. Where has the follow-up to this been? Absolutely nowhere. We saw no tension between AJ and Brie this week and the Raw writers seemingly ignored SmackDown like most other people and filed to reference that in the Jerry Springer segment. Brie has gone from apologizing to her sister and saving her from an attack to calling her classless and wanting to beat her up. I get that Brie would snap eventually yet the way it has been delivered is sloppy.

As for AJ and Paige, should Paige defend at the pay-per-view, I want them to have one last submission match on an episode of Main Event or Raw and then that be the end of it. Sadly, I’m now bored of waiting for WWE to up the anti a little more.

Onto the better match of the night, Naomi vs. Cameron. The start was so catty and aggressive, I absolutely loved it. Cameron proved the haters wrong and held her own, should you see her horrendous split-pin attempt as intentional. If it wasn’t, then I’ll allow the world’s largest ball of tumbleweed to roll right on through this Redux! I feel like the period of the match with Cameron’s third submission in it was a mistake, as the girls repeated the corner sunset flip spot that they tried earlier. This potential miscommunication didn’t take away from the match in any way though as it just made Cameron look like she could scout Naomi’s moves and then shut her down. Overall, a decent match, even if Cameron’s timing was off when she tapped out!

All-in-all, a mixed bag this week. The shows after pay-per-views are often the best ones of the month, and I’m hoping that the fallout from Sunday re-energizes the division. Even though Paige’s second title reign is still in it’s infancy, the writing has meant that I honestly wouldn’t be opposed to seeing Paige drop the title to Nikki Bella. I have the rest of the week to concrete decide on my pay-per-view prediction, so until that post on Sunday, I’m not going to spill all my beans just yet. Until then, don’t pull as much hair out as I have over the poor booking. Speaking of hair, I think I’ll have to get a weave now to cover the bald spots. Perhaps I should try Cameron’s hair stylist? *Crickets* 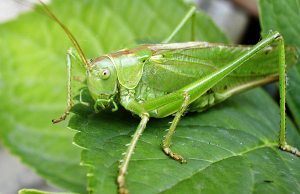