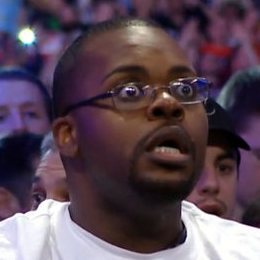 Out with the old and in with the new (which was in no way shade to the brilliant Bobby!)

It is I Jack, proud to bring you the Raw Redux for this week and every week! Some things go in a different direction whilst some things stay the same, a thought that can be applied to both the Raw Redux and this week’s episode of Monday Night Raw. Although me and Bobby are both still very much at Diva Dirt, we’ve swapped Reduxes and switched things up a little. Over on WWE TV, although Brie and Nikki being at loggerheads and AJ and Paige still being frenemies remains the same, things went in a different direction this week, which we’ll get to very shortly. Thanks to an injection of Stephanie McMahon, a major announcement and a quintet confrontation, the road to Night of Champions is perhaps going to be a little less predictable than we expected. Let’s see what I’m talking about.

*Richard O-Brien from The Crystal Maze voice* TO THE VIDEOS! (That will never change!)

The first Divas sighting of the night is of Nikki Bella, who provides us some back story on ‘Growing Up Bella’ and the true story behind Nikki’s animosity towards her sister Brie. The first video shows how Nikki was so happy when her crush of four years asked her to go to prom with her and she saved up for so long to buy the perfect dress. After she got her prom picture taken, her date disappeared, only for her to find him with Brie.

Brie – what a harlot! Well Nikki, at least everything is hunky dory now with you and John Cena. Oh no wait, it isn’t. He doesn’t want to marry you or have kids. Yay!

After Nikki told his some “home truths”, we see that the cast of Total Divas (in this instance Cameron, Eva Marie, Naomi, Rosa Mendes and Summer Rae) and Layla (LOL – I’m actually laughing, not doing a Layla hashtag) get ready for 6 Divas tag team action. Just what I always wanted.

There’s not much to say regarding this as only Layla and Rosa were tagged into the match but I’m glad they were as they looked absolutely phenomenal. Layla’s attire was back to what she looked best in. And Rosa? Well at first I thought she had a thong on… hot DAYUM! The match was a No Contest after the Divas all started brawling and the referee lost control. The faces cleaned house. The end. Watch Total Divas this Sunday.

Moving on from that loveliness, we see the Ravishing Russian, Lana next. She’s looking absolutely unreal in the blue and then Rusev shows his unreal ability, caning Mark Henry with a major kick to the face. More from the Anti-Americans later.

Following the super-heavyweight throwdown, another moment I sadly don’t have a clip for (go me!) is Nikki’s second ‘Growing Up Bella’ anecdote, where she discussed how Brie stole her driver’s license as she failed her test and Nikki passed, got into a car crash and blamed it all on Nikki.

Looks like you just got Bella BUSTED Brie! See what I did there? I’m available all year for christenings, weddings and bar mitzvahs…

The third and final episode of story-telling time from Nikki is next and I am just loving the way she is telling these tales. Her delivery was spot on and I was honestly believing her performances! Nikki took Brie’s exams for her in college.

Looks like Brie’s degree has been thrown right out of the window now then! Let’s hope she doesn’t get fired by Stephanie and have no job or qualifications!

After Nikki’s third appearance of the night, we see Lana for a second time. The Ice Queen tells everyone in the arena that they are lazy and Labor Day is a celebration of just another day off. Then Zack Ryder gets absolutely demolished. Woo Woo Woo, we knew that (would happen)!

Following that, we get our first glimpse of Stephanie McMahon with her husband, HHH. I didn’t see all of this as I was vomited in my sick bag because of how mushy it was. BORK! In all seriousness though, this was a cool segment setting up our main Divas segment.

It’s main event time (for the Divas anyway) as Stephanie enters the arena. She announces that due to Nikki standing up for herself (and saving her ass), Nikki will get a future opportunity at the Divas Championship. Nikki is absolutely overjoyed and is so glad someone can recognize all that she has been through. Brie Bella makes her presence felt, asking her twin if turning her back on her was all just for a shot at the title. Before she uttered any words though, Stephanie tells the tech crew to cut the music as from now on, ‘You Can Look, But You Can’t Touch’ is now reserved for Nikki. Que a CFO$ rip-off of Michael Jackson’s ‘Earth Song’ for Brie next week!

Anyway, tensions rise between the Bellas as Stephanie lays the shade on thick. Nikki talks about the title shot yet who else thinks that title shot should be hers?

LET’S LIGHT IT UP!

AJ Lee skips down to the ring and she’s all up in Stephanie’s George Foreman. She says that since she hasn’t gotten her rematch from SummerSlam yet, she thinks the Bellas should solve their little tiff whilst she handles championship caliber business. Speaking of championships, here comes my future wife, the bloody Divas Champion Paige! Paige and AJ argue and nearly get physical but then Nikki and Brie take centre stage again.

Nikki says to Brie that she will forgive her and put all of this behind them if she does for her, and it’s not like she’s asking anything new of her. She urges Brie to quit and give her the chance to be the Bella that everyone is talking about. She quit for her goat face husband, why not quit for her identical twin? Brie finally snaps and shoves Nikki into Paige before storming off. AJ seems concerned about the Divas Title whilst I’m concerned for Nikki as she might flash herself in that dress – at either end!

Stephanie and AJ have such an epic staredown before Steph growls at AJ to give the championship back. That she does, before skipping off back to Crazyville. Paige’s music hits and she interacts with Steph before the segment comes to a close.

Thoughts: Let’s first start with the Total Divas + Layla match. Although not a lot happened, I’m glad WWE kept the whole Slayers thing going and booked Layla instead of Natalya. Although the latter would make more sense for E!, Layla being there was better for the TV storyline/faction so I’m glad they went in that direction. I assume Nattie was off perfecting forgetting her manners. Great to see Naomi back too!

As for the Nikki Bella segments, I thought these were genius. The dramatic music was really funny to me and I thought her performance was engaging and believable. Great job by WWE for going into the family archives (Google images for the car related stuff) to get content for those segments. I thought they were really nice and furthered the story as something that had been a slow burner for Nikki over the years.

The final segment was total gold. Stephanie was as shady as ever. In terms of A+ players, she was A+ on the mic. Nikki was about a B- for me, faring well until her final rant, which seemed a little rushed. AJ was solid as always and Paige didn’t say much, yet she made me laugh with that she did say. Or should that be what the bloody did say.

It looks like we’ll be seeing a Fatal 4 Way come Night of Champions, which I was honestly thinking would happen maybe at Survivor Series. It does makes sense though, as although non-title matches have happened on the card before, it is nice to see the Bellas embroiled into the title picture. I think they’ll jump back out again too before coming back in.

Although AJ and Paige’s mind games took a back seat and may do over the next few weeks, should they touch upon their feud again on a singles basis, at least the mind games won’t be majorly tired when they pick them up later. Having four top girls allows for less predictable, non-squash matches to take place to build it up, and in all honestly, any of them could win come the PPV. I’ll guess we’ll just have to wait and see.

Hope you enjoyed the first Raw Redux of my first official run in charge!