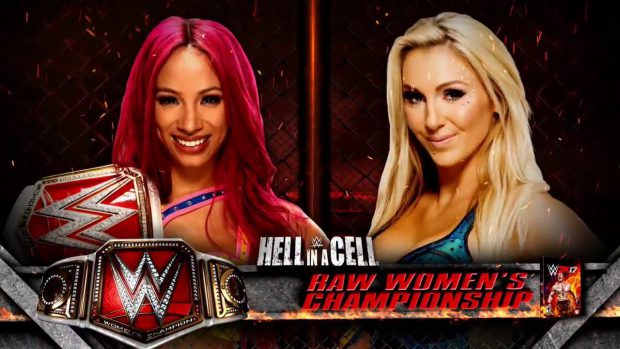 The rumors are true: Sasha Banks and Charlotte will do battle in a Hell in a Cell match! This marks the first time in WWE history that two women will compete under this stipulation.

During the opening segment of Raw, Sasha Banks rekindled on last week’s main event against Charlotte, sharing that it was her dream to follow in the in footsteps of Trish Stratus and Lita in main eventing an episode of Raw.

Will @MsCharlotteWWE and @SashaBanksWWE actually make history by stepping inside Hell in a Cell?! #HIAC #RAW pic.twitter.com/YG9JRGGAv1

Sasha acknowledge Charlotte rematch clause and declared to keep the Women’s Evolution going by giving Charlotte her rematch inside the Hell in a Cell component.

Rusev and Lana would interrupt the confrontation between Sasha and Charlotte, claiming no cared about the historic strides they’ve made, only to be kicked out of the ring by the feuding women and ultimately chased away by Roman Reigns.

WWE’s Hell in a Cell airs October 30th at 8 PM ET on the WWE Network.

Are you excited for this match?