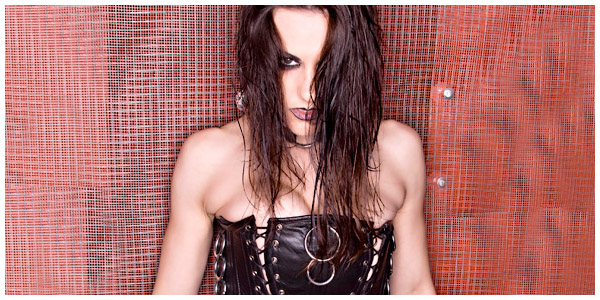 The website Cageseat Seats has published an article looking at Daffney’s recent filing of a worker’s comp cliam against her former employer, TNA Wrestling.

The article highlights some of the conditions Daffney worked under while in the company, including being ‘pressured’ into doing hardcore spots that led to injuries.

Read some highlights below:

Regarding her bump through a barbed wire table in 2009, the article cites a current TNA employee as saying:

“Daffney was asked to do the spot to which she would go through a table full of tacks. She was hesitant to take the spot. Terry Taylor assured Daffney that she would be fine that she would be taken care of. After a lot of convincing from both Terry and Vince Russo, who was telling her how important the spot was for the feud that was going on, Daffney goes through with the spot and was injured. Following the injury she is treated at the hospital and taken via ambulance. Worse still is that Spike wouldn’t let TNA air the spot on Impact. They refuse to air it on their policy of violence towards women. To put a cherry on the top of this story, a huge bill from the hospital would follow for Daffney.

TNA and Daffney went back and forth for several months about TNA not paying the bill. There were emails back and forth between Terry and Daffney which would result in Terry forwarding the emails to the responsible parties and then Terry delivering news that the matters were being tended to. This however would all be a smoke screen as more notices of delinquencies would follow for Daffney. TNA would hold out on paying certain bills and make claims that the agencies would settle for lower amounts if they held out. When this method didn’t work, they would turn around and claim that they are not responsible for the bill and that Daffney herself would be the one responsible for the bills.”

In addition, it’s reported that Daffney suffered a concussion last December during a tag team match (her last match in TNA) where she teamed with Sarita against Angelina Love and Velvet Sky:

“Daffney suffered another concussion working with Angelina in a tag match. This is during the holiday tapings in December. They have a solid week of tapings and this happens on day 1 of 5. Daffney goes to Terry and management about the injury and is told that she can work the next two days and the she will be ok. This is the same time they are doing the story line with Anderson not being able to wrestle with the concussion. Daffney gives it sometime and decides she can’t risk going in the ring that night because she is, in fact, injured. She was however willing to do another photo shoot that was already on the schedule while she was there. As she prepares for the shoot she is then notified by Terry that management decided that she can’t do the shoot because if she ‘won’t’ work the match they have planned then they don’t want her to do the shoot.

As if all this wasn’t enough to put a person over the edge, while this was going, TNA was refusing responsibility for the hospital bill from the Rosie injury.”

You can read the full article here.

Thoughts: What you choose to believe is up to you. It’s my understanding that the article is accurate in it’s depiction of what Daffney went through. People might say, ‘If she didn’t want to do it, she didn’t have to’, but that’s easy to say without understanding the business. Jobs in wrestling — especially on TV — are competitive and people fear for their ‘spot’. I don’t find it hard to believe that higher-ups apply pressure on talent to do things they don’t want to do, and likewise, talent give into pressure and things that they don’t necessarily want to do for job security.

As for injuries, for a company like TNA not to cover its employees in case of injury is unthinkable. They are not an independent company. They contract talent, have worldwide television deals etc. Like WWE, they should cover employees’ bills if they are injured or injure someone else inside a TNA ring.

I wish Daffney the best with her claim. Rather than slam TNA, I’ll just hope that her claim will wake them up and inspire them to change their practices.