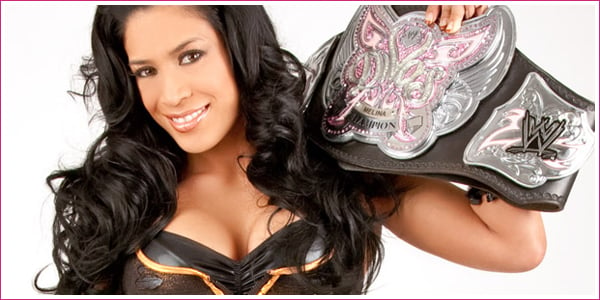 A report in the latest issue of the Wrestling Observer newsletter suggests that WWE officials are losing faith in Divas Champion, Melina since her move to Raw last month.

It’s easy to see why, considering Melina hasn’t had great showings in the ring since moving to the red brand. Until her move on October 12th, it looked as though Melina was going to have a banner year — perhaps one of the best years for any Diva in recent years. Her work had been at a consistently high level since her return last November and it seems the move to Raw was something of a promotion. Since moving however, she hasn’t had great matches on television [particularly with Jillian] and house show reports haven’t been too favourable either.