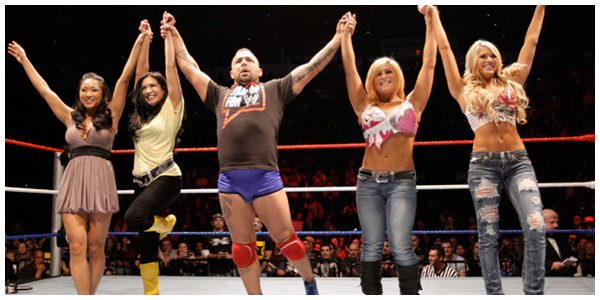 Ever the subtle ones, WWE decided to hold an ‘appreciation day’ for its fans in the state of Connecticut just two days before Linda Mac’s big election.

The company has been treating the affair almost as if it were a pay per view, with much hype in the lead-up to it. However, while WWE ‘appreciated’ its fans, it once again showed an unappreciation for its Divas who were lumbered in a silly dance off skit — complete with a special guest appearance from Santino. (Hornswoggle wasn’t available, apparently.)

You can check out all the pictures here.