Returning Knockout Shoots to Top of the Pile: Knockouts Title Match on PPV 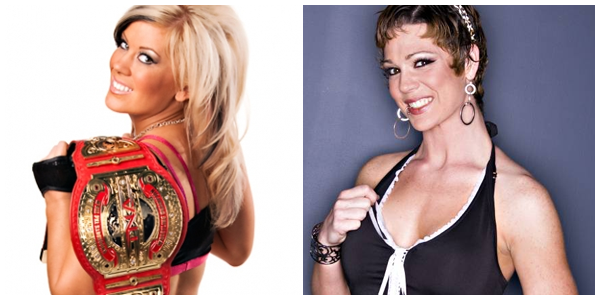 Returning TNA Knockout, Roxxi whose comeback aired last week on Impact, is shooting to the top of the Knockouts roster with a Knockouts Championship match against Madison Rayne at the Slammiversary pay per view on June 13th.

The match was announced last night on Impact and comes after Roxxi defeated Rayne in a non-title match in her return match.

Surely, the fastest turnaround from debut [kinda] to title shot, no? The move certainly raises some eyebrows considering the fact that TNA has girls like Sarita, Taylor Wilde and Hamada on its books — all of whom were overlooked for this position. Rather, TNA went outside the company and brought back Roxxi. However, there’s no denying the Hardcore Knockout is mighty popular at the Impact Zone and has a strong work rate; her match with Hamada at December’s New Year’s Knockout Eve speaks for itself.

What do you say? Much too soon or deserved?