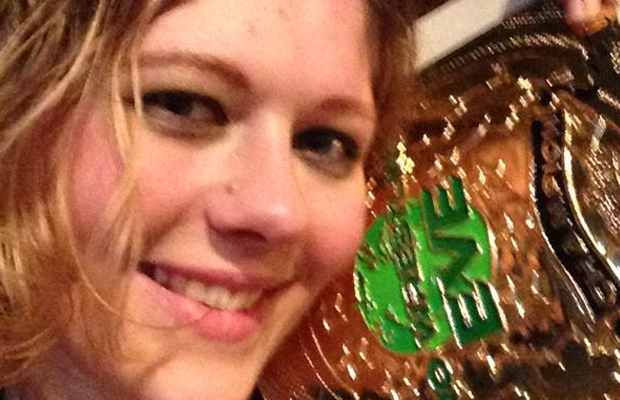 O’Reilly won the belt yesterday at XWA’s We Need a Hero event, defeating Nikki Storm in a No DQ match.

After the win, Rhia tweeted some bad news, revealing that her knee was injured during the match, forcing her to pull out of the rest of her 2014 bookings:

The @ProWrestlingEVE title means so much to me and beating @NikkiStorm1 to become the champion made it that much sweeter. However… (1/2)

…I hate to say it but I must pull out of all my bookings for the rest of the year due to a knee injury sustained during the match. (2/2)

Congratulations, Rhia, and get well soon!

Got indy news or results you want to share? Submit it to the Diva Dirt Indy Wire!