Rosa Mendes ready to return to the ring 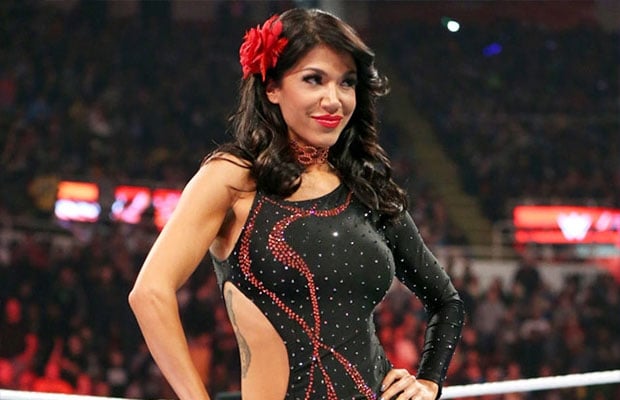 On the 10 year anniversary of the Stunning Latina’s time in WWE, Rosa Mendes shared a heartfelt message on her Instagram page.

“10 years ago today I was signed to the most amazing company in the world. @WWE has been my home and my family. I have experienced the best moments in my life in front of the @WWE universe. Now I’m ready for the next chapter in @WWE. I’m ready to compete in that ring and show the world that a new mother can come back stronger than ever. I love you @bobbyschubenski and @realjordanschubenski both of you have made me the happiest, most motivated woman in the world.”

In the midst of thanking her fans, family and the WWE, the Femme Fatale stated that she’s “ready to compete in that ring and show the world that a new mother can come back stronger than ever.”

Since disappearing from WWE television to help raise her newly born child, Mendes has been working on redefining what it’s like to be a mother. On top of working in the performance center to improve on her wrestling ability, Rosa also launched her own healthy meals website designed to keep working mothers fit.

Once the former Total Divas cast member returns to WWE, that’ll make her a mother, a blogger and a professional wrestler – go Rosa!

Mendes was scouted for WWE through the 2006 Diva Search, in which she placed fourth. She then went on to train in WWE’s developmental territory (Ohio Valley Wrestling) where she would hold the OVW Women’s Championship for 154 days. Over the years the mother of one worked as a valet for Superstars such Adam Rose, Fandango and Beth Phoenix. Mendes also managed to perform in two Wrestlemania matches and starred in two seasons of E!’s Total Divas.

Now it looks as though Rosa is ready to make her return and further her wrestling resume.

Are you excited for Rosa’s comeback? How would you like to see her make return to TV? Let us know your views in the comments below!