Sara Amato praised for her work with the women’s division 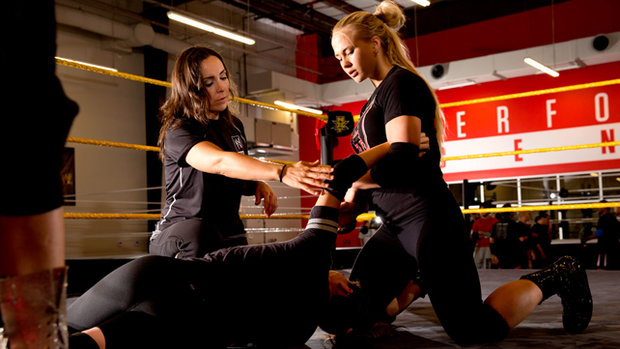 Sara Amato, also known as Sara Del Rey, opened up to USA Today about her training style in the women’s division. Sara was hired as the first female coach in WWE history in 2012 and was recently named the company’s inaugural director of women’s wrestling. Her role encompasses trainer, coach, mentor, producer and advocate.

She had this to say about how she approaches training:

“I’m a big fan of trying to empower the women to think for themselves,” she says. “They don’t have the same sensibilities that I would as a performer and as an athlete, and the competition’s different now, so I want them to find their way to tell a compelling story in the ring, to be a compelling performer …

“I really like exposing people to wrestling in a different way and seeing their passion for this develop. To me, that’s the highlight of what I do”

USA Today also spoke with Bayley about Sara’s influence. She had this to say about how Sara helped her after she won the NXT Women’s Championship in 2015:

“She was always there to help me through every match, to build my confidence and just point me in the right direction,” said Bayley. “She has so much experience and knowledge. The women’s division has been very, very lucky to have her.”

“They brought in a female coach and look where we’ve taken things. Men had always been teaching the girls,” Flair said. “The perception was men are better, they know more, they have more experience so the guys should be training the girls.”

Read the full article about Sara, which includes information about her wrestling background and more, here.

How do you feel about Sara’s influence on the women of NXT and WWE? Would you like to see her square up someday in the ring? Sound off in the comments below.