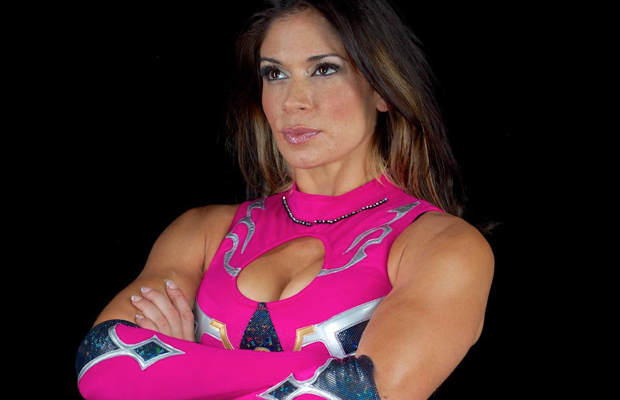 Former TNA Knockout Sarah Stock has announced that she’s leaving CMLL, ending over a decade with the company.

Stock, who wrestled extensively for the Mexico-based promotion in the years before and after her TNA run, revealed that she’s pursing a new opportunity that fans are speculating could be a job as a NXT trainer.

Sarah broke the news yesterday in an interview with CMLL.com, revealing that she’ll be wrestling her final CMLL match on September 18th. She retweeted well-wishes from fans that contributed to the speculation:

.@SSDarkAngel announcing she's leaving #CMLL. Last match will be 9/18 at the Anniversary show. New opportunities have opened up.

So @SSDarkAngel leaving CMLL for a new opportunity. I hope it's what I think it is! One of my all-time favorites! pic.twitter.com/wUc6BiayKk

Stock spent a week at the WWE Performance Center in April, serving as a guest trainer for NXT. Since then, rumors have swirled that she might be brought in for a permanent position.