Sarita and Hamada Return to SHIMMER This April 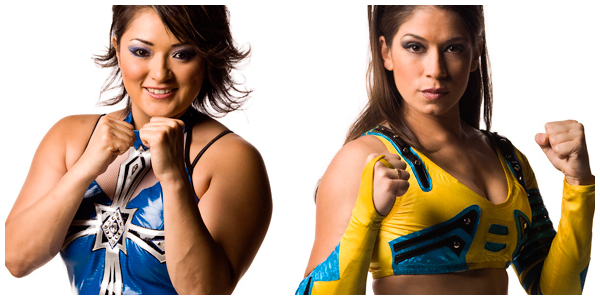 Competing as Sarah Stock, Sarita made her debut in the tournament to crown the first SHIMMER Champion on volumes 11 and 12, taking out fan favorites, MsChif and Cheerleader Melissa in the process. She went on to have jaw-dropping matches with Daizee Haze, Lacey and Sara Del Rey. Sarah hasn’t been seen in a SHIMMER ring since Volume 18.

Hamada made her SHIMMER debut at last year’s November tapings, putting on unforgettable matches against Mercedes Martinez and Sara Del Rey. Her matches in SHIMMER have been described as the best in the company’s history, a compliment that speak volumes considering the matches we’ve seen in SHIMMER over the years.