In the Saturday Supplement, the Diva Dirt team will aim to discuss a news story, a televised event or other relevant and current topics. The objective, like the average weekend newspaper, is to offer more indepth and lengthy discussion. 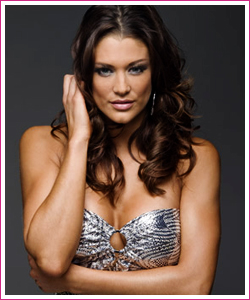 When we look at the Divas roster today, there are only a handful of girls that can call themselves a ‘top Diva’ despite there being 20 Divas on the main roster. Only that select handful are really, if we think about it, likely to be Women’s Champion in the near future. Among them are Mickie James, Maryse and Beth Phoenix for Raw while Melina and Michelle McCool have the stranglehold on SmackDown. In an ideal world, talented Divas like Natalya and Gail Kim would be at there at the top of the division and who knows, they may eventually get that push as may the ‘bubbling under’ Divas such as Kelly Kelly or Maria.

But one Diva that seems to have come out of left-field and surpassed the ‘bubbling under’ Divas is SmackDown’s Eve Torres. It’s hard to believe that until WrestleMania, Eve’s main role was as a backstage interviewer. But in the four short months since then, she has seen regular competition on SmackDown and is already onto her second feud. Her strong booking combined with the tide-turning reaction Eve seems to be getting of late from Internet fans, leads me to wonder if Eve just may be the next Diva to be pushed to the next level. In fact, I have begun to wonder if in a limited pool of Divas, if Eve could even be Michelle McCool’s next challenger for the Women’s Championship. Let’s explore…

As mentioned, the 25 year old was just four months ago, a backstage interviewer and had seen limited in-ring action. All that changed after the WWE Draft in April, when SmackDown had begun to flourish in the Divas department: incoming talent included Melina, Alicia Fox and Layla. While SmackDown mainstays, Michelle, Gail and Eve were seen regularly. Eve got her first high profile feud against fellow Diva Search winner, Layla immediately following the Draft, admittedly it was a one-sided feud in Eve’s favour. The 2007 Diva Search winner defeated Layla in a dance-off, arm wrestling match and two eventual singles matches — one of which was highly advertised in the week prior, which is an unusual occurence for Diva bouts.

And now having aligned herself with Cryme Tyme since they hosted the dance-off between her and Layla back in April, Eve has joined them in a feud with The Hart Dynasty. The Dynasty transferred to SmackDown from ECW in the ‘Trump Trade’ of June, a move that brought third generation Diva, Natalya back to SmackDown. Perhaps Eve’s alignment with Cryme Tyme that led into this 3-on-3 intergender feud was a stroke of luck, but no doubt about it, the Diva has found herself in a strong position.

Teaming with Cryme Tyme last week on SmackDown, Eve lost her match after a powerful discus clothesline from Natalya but got her receipt on last night’s show, when she defeated Natalya one-on-one with a moonsault. Eve has been booked very strongly in the past few months, even moreso than the Divas involved in the Women’s Championship picture — Melina and Michelle McCool. Consistent wins and hype from Jim Ross and Todd Grisham on her improving ring skills, have elevated Eve in the eyes of WWE & now the fans too, are beginning to jump aboard.

Looking at the past few months, there seems to be a very specific turning point when Eve’s tide began to turn from being a ‘bad, green worker’ to an ‘ever-improving worker’. I will share my theories after the cut: 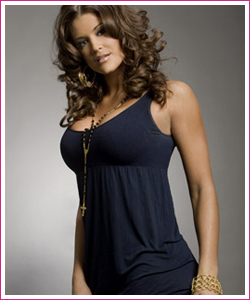 Eve’s much hyped match with Layla on May 29th saw criticism from Diva Dirt and it’s readers. The general consensus was that Eve lacked in the ring, while her opponent had more ‘fire’ and better use of the ring. However there was one specific point in her feud with Layla that turned the tide and it seems since Eve has successfully fought the uphill battle to gaining fan backing. The moment I speak of is the June 16th edition of WWE Superstars, when Eve performed for the first time her handspring moonsault, grabbing the attention of Diva Dirt readers and fans across the Internet, in general.

Can a single move really change fan opinion that much? There could be arguments made one way or another, but in my estimation that moment opened the eyes of fans who until then, were either unimpressed or indifferent to the former Diva Search champion. Since then there seems to be a change in momentum in Eve’s favour, our popular Redux posts for instance have seen more and more complimentary comments towards the young Diva, while the feeling seems to be mutual on the abundance of fan forums out there too.

Eve is beginning to win over the fans, online anyway, who seem to feel that she has improved at a dramatic rate. Her execution of the handspring moonsault and most recently, a top rope moonsault, have gained a lot of attention. Combine this with her strong booking on television – and one can never count out the powerful commentary of Hall of Famer, Jim Ross – put those elements together and you have a Diva on the rise. I can’t help but aliken the situation to a similar one last year involving another young upstart SmackDown Diva — who went onto become the Divas Champion and is now the top heel on Monday Night Raw. Our current Divas Champ, Maryse a little over a year ago had never wrestled on SmackDown. But when she did fans were pleasantly surprised. Green though she was, like Eve, she had shown a lot more in the ring than people expected of her. Almost over night, Maryse began to gain traction amongst Internet fans in a similar fashion to Eve right now. Her growing popularity didn’t go unnoticed by WWE and by September of last year, a few short months after her SmackDown wrestling debut, she was put into a title programme with then Divas Champion, Michelle McCool.

I can’t help but feel it’ll be only a matter of time that like with Maryse, WWE begins to notice the growing endearment towards Eve. And how long before she gets a shot at the Women’s Champion, Michelle McCool? Looking as things stand right now, the answer could be not very long.

Eve seems to be in a more prime position than Maryse was last year, when she got her push against McCool for the Divas Championship. A diminished women’s division on SmackDown as a result of the ‘Trump Trade’ means there’s only one real contender for Michelle — her current nemesis, Melina. However with a win over Melina at The Bash and a second win expected at Night of Champions this weekend, it seems to be the death-knell for that feud unless of course it’s even further prolonged. Regardless of the outcome, whether their saga ends after tomorrow night or if they feud through the end of summer, Michelle will eventually need a new challenger. Enter Eve.

Considering the booking she’s received, the fanfare she’s receiving, it doesn’t seem all too unrealistic for Eve to be Michelle’s next title contender. An idea that would have been deemed preposterous a few months ago, just like the reaction to Maryse would have been at the same point when she had her first match against Cherry in May 2008. But a few months down the line, Maryse had seemingly proved herself enough to be a logical candidate for McCool. And I am beginning to think that Eve may be the next logical candidate for Michelle, after Melina.

With a diminished women’s division, Eve could be on the cusp of a golden opportunity. And regardless of if she wins the Women’s Championship, being the #1 Contender would automatically raise her ranking on the Diva hierarchy.