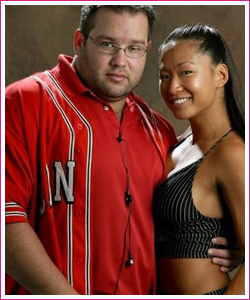 TNA has rehired Scott D’Amore, the man who was behind the initial stages of the Knockouts division [and helped put together those awesome Gail-Kong matches].

D’Amore is set to return at Hard Justice, according to PWInsider and will once again resume his duties over the Knockouts division as road agent.

If you’re not familiar with the technical side of things, this is basically fantastic news for all involved. D’Amore helped shape the division when it first began and really believed in and understood the women in the company. His guidance will hopefully help the Knockouts even further. I think he can really help the Tara-Kong matches and hopefully have them deliver something on par with those earlier greats.

Interesting timing considering our Saturday Supplement this past weekend, where our Tiffany argued whether TNA had lost it’s edge. With such a growing roster of talented girls [look at newcomers Tara, Sarita, Alissa] and now D’Amore back in position, I certainly think the Knockouts division can get back to those ‘oohs’ and ‘ahhs’ they first got.