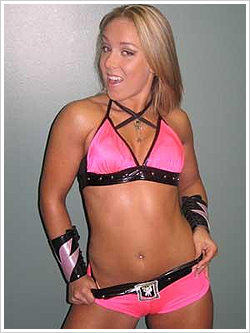 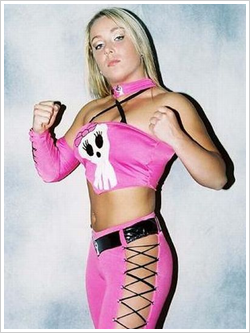 Well, with last week’s news that Jazz possibly passed up a TNA deal, this info will surely restore hope in TNA Knockout fans. Indy darling Shantelle Taylor has reportedly signed with the company, according to PWInsider.com:

TNA has signed former WWE developmental talent Shantelle Taylor. The company quietly signed her after her initial dark match in Orlando a few months back but had to work out visa issues as she’s a Canadian native. Taylor has been seen in the crowd during the last few weeks of Impact so my guess is she’ll eventually become involved in the Awesome Kong open challenge.

Personally, I love this news. She was excellent in her matches on the SHIMMER DVDs. For those of you curious as to how Shantelle works in the ring, here’s a match from when she was briefly under a WWE developmental deal and competed in the short-lived Deep South Wrestling: