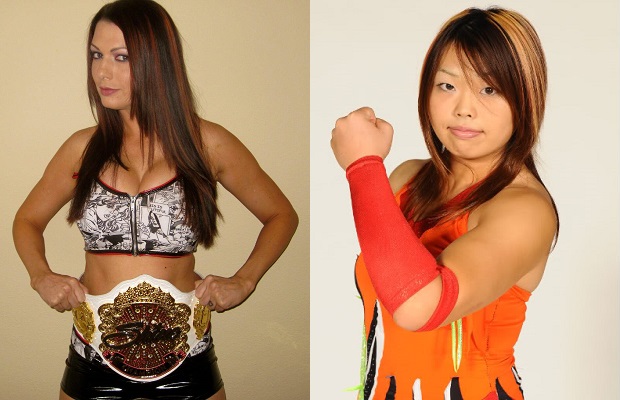 Mere days after the dust settled on SHINE 13, the card for the next SHINE show has been announced – and with a host of international stars set to be in the US at the time for the SHIMMER tapings the week before it looks likely to be one of their most stacked shows to date!

Valkyrie once again dominate the upper card of the show, with group leader and SHINE Champion Rain defending her title against joshi star the “Lady Destroyer” Hiroyo Matsumoto. Meanwhile, her cohorts Allysin Kay and Ivelisse will challenge SHIMMER Tag Team Champions Kellie Skater and Tomoka Nakagawa for their titles in the hope of bringing yet more gold to Valkyrie.

Elsewhere, there remains a whole lot of bad blood between Jessicka Havok and Saraya Knight from SHINE 11, when a brutal assault from Knight cost Havok her chance of progressing in the SHINE Championship tournament. She’ll get her chance of revenge at SHINE 14 in a Last Woman Standing match.

See below for the full card:

SHINE 14 takes place on October 25th at the Orpheum in Ybor City, Florida, at 9pm ET (2am GMT), and live on Internet Pay-Per-View. Click here to order the show.