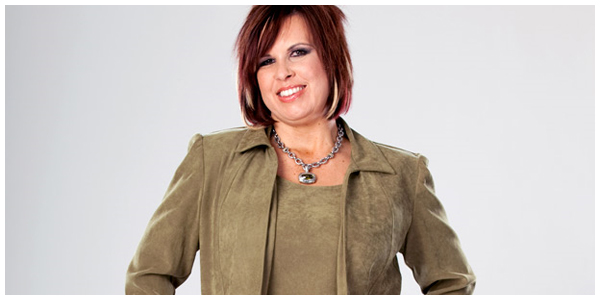 Her antics last night only added to the monstrous heat that Vickie Guerrero draws from WWE audiences. Up until now, she hadn’t really incurred the [kayfabe] wrath of Diva fans but in the past few weeks, we’ve seen Vickie try on a new hat. No longer content with making the Superstars’ lives that much more difficult, Guerrero is now becoming a foil of sorts to the Divas. In recent weeks on SmackDown, we’ve seen her tangle with Mickie James and last night, she wasn’t too impressed with the Raw Divas — who as SmackDown consultant, she has no real authority over. But given how great she is on the microphone and how much heat she draws… should WWE try to change that and give her authority over all of the WWE Divas?

TNA has tried it with ‘Knockout Law’, Traci Brooks and admittedly failed through their own short attention span, applying the same gimmick to WWE — who arguably have an even shorter attention span — could prove disastrous. But on the other hand — this is Vickie Guerrero, after all. Despite being teased and prodded over her weight, Vickie still manages to be this larger-than-life character that fans just love to hate. Her work itself, and the heat it draws, could bring some much needed attention to the Divas division without the creative team putting much effort in [not that they currently do].

I’ve spoken about this in the last few weeks, it’s great to see Vickie work segments and hopefully storylines with the Divas because it’s only logical that as a woman in power, she’d have a vested interest in what’s going on with the ladies right? Having that authority figure to preside solely over the Divas seems like a great position to put her — perhaps moreso than the other Diva GM, Tiffany. Vickie’s character resonates with the crowd in a way that Tiffany doesn’t, Guerrero comes across as a ruthless ‘Mr McMahon’ type and that could prove interesting in terms of storylines. I have already likened the current Vickie/Mickie situation to perhaps evolving into a McMahon/Stone Cold type feud for the women. Sure, it’s not exactly a ‘Divas’ feud, but I think I’d be lying if I said it didn’t sound somewhat appealing. Why? Because of the prowess of Vickie Guerrero. She has the ability to carry a feud through her verbiage alone, and if put into a match situation — fans would want to see her get her comeuppance.

Besides, what is a SmackDown consultant anyway and why do we need one? Teddy Long is surely GM enough for SmackDown? I’d suggest that rather than being ‘consultant’, being the GM of a whole division is surely more prominent? The idea of a Divas GM would at least lend credence, if only on-screen, that the Divas are taken seriously by needing their own enforcer. In reality, we know that it wouldn’t affect the booking much but at least on-screen you have that feeling of importance for the division.

It’s been interesting to see Vickie slowly become part of the Divas ‘storylines’, I’d like to see it go one further. If there’s one woman who could perhaps draw enough hype and attention for the entire women’s division, it’s Vickie. And going into WrestleMania, where Divas are usually an afterthought, hype and attention can only be a good thing.