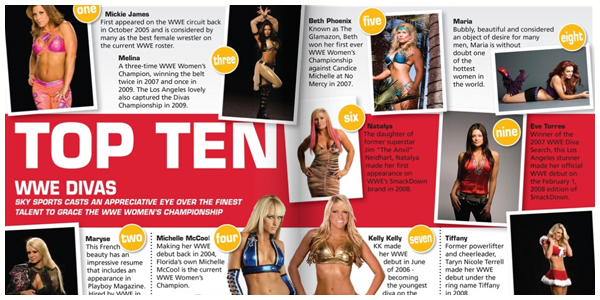 Sky Sportszine, a free magazine for Sky satellite subscribers in the UK, has made something of a blunder in its countdown of the top ten WWE Divas to hold the Women’s Championship — half of the list has never even held a belt.

Five Divas included on the list have yet to hold gold in the WWE, including Eve Torres, Kelly Kelly, Maria, Natalya and Tiffany.

They just don’t make magazines like they used to!

See the full size spread below.