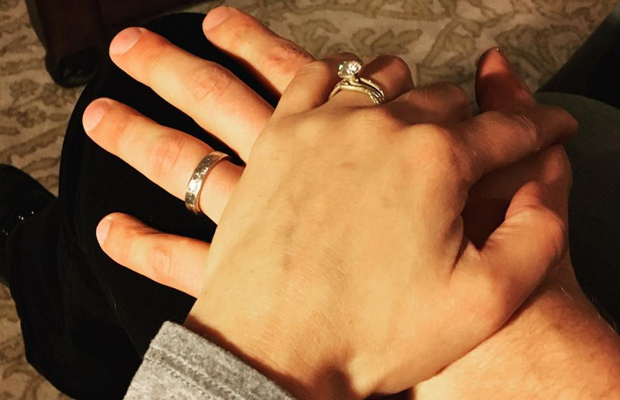 Perhaps the biggest story this week was the retirement of Daniel Bryan. After his shocking announcement on Monday, his wife Brie Bella shared some words of encouragement for her husband. It was an interesting choice of words noting a new journey for both of them. Could Brie be debating retirement as well?

A new journey awaits us and for the rest of our lives we'll talk about this one. You have given so much hope and inspiration to people all over. We haven't lost you, just get to see you in a different light. #thankyoudanielbryan #mystrength #mylove

The morning after his emotional retirement speech, Brie checked in on social media, looking hopeful towards their future:

Enjoyed a beautiful walk through Seattle this morning with @bryanldanielson reminiscing the amazing closure from last night. Still so many tears but there's a little smile with them now.

Everyone had kind words about the retirement of Daniel, even his rival Stephanie McMahon. She expressed her heartfelt thanks to the former WWE World Heavyweight Champion on social media:

#ThankYouDanielBryan for making a difference & for showing the world dreams can come true. #YesYesYes #WeAreGrateful pic.twitter.com/0NPHVR1XnV

Congratulations are in order for Total Divas star Natalya, who this week celebrated her 800th match in the WWE. A number of matches like that is practically unheard of in the WWE, and this tenacious Diva has certainly left her mark after eight years:

A picture can say a 1000 words. Reflecting on this week, I got the chance to spend some time with my family in Calgary, Canada. I stayed with James, a family member who has been battling cancer for the last 14 months. His courage to live is beyond inspiring. It breaks my heart to see what cancer has done to him, but he still smiles and continues to fight with everything he has. What James cares most about is helping others even while he's struggling to stay alive. James has made me appreciate my life in ways he may never know. I also spent some time with @brethitmanhart … Bret's fighting spirit never waivers. He's positive and determined to beat cancer like the true champion he is. Following some invaluable family time, this past Friday, I wrestled a live event in Calgary at the very same arena that my grandfather, Stu Hart, used to promote Stampede Wrestling. And YES, I had my 800th match in #WWE at the CORRAL on Friday night. Before I went out through the curtain, I felt my grandfather Stu, Owen, Davey and my cousin Matt…cheering me on from Heaven. I know what they were telling me: ENJOY THE MOMENT. ?? (photo Credit: @koshairby)

That’s not the only big development on the Nattie front. This week, the third generation Diva revealed her brand new action figure, which should be available for pre-order soon:

In the turmoil of the past few months, you may have forgotten that Lana and Rusev are set to wed later this year. The Ravishing Russian certainly hasn’t forgotten, sharing photos from a recent dress fitting. This dress may not be “the one”, but she certainly looks amazing in it!

What do you think of this wedding dress ?????? One of my many #favorite #wedding ?? #dresses from today !!! @oliazavozina is amazing ! She is making my dress so go follow her ! & if you need a #ravishing #dress have #oliazavozina make it ???? tag a friend that needs a dress ??? #weddingdress #Hair #boogatti #bellamihair #WeWantLana #RavishingRussian ?????

Carmella came up short in hew big NXT Women’s Title match on this week’s NXT, but she may have even bigger fish to fry soon. She accompanied her boys Enzo and Cass to the weekend main roster live events as well as Raw and SmackDown, kicking the rumor mill into high gear. Will we see the Hottest Chick in the Ring compete on the main roster soon?

Had so much fun tonight at #wwesanjose!! ?

Is anyone else loving that Sasha Banks keeps tweeting lyrics from Beyonce‘s new song Formation? Sasha snapped a pic wearing her rival Bayley‘s arm bands backstage at Raw along with some fierce lyrics from Bey’s song:

I got hot sauce in my bag, swag! #legitboss #RAW pic.twitter.com/yY5Rp60h0K

This week marked the one year anniversary of Sasha’s big NXT Women’s Title win at NXT TakeOver: Rival. The Boss took to social media to reminisce about the moment and look confidently towards the future:

1 year ago! "I didnt come this far just to come this far. There is still a long way to go and a lot more to achieve." #womenswrestling

This week’s Raw was heavy on the emotion, but you can always count on Renee Young and New Day to bring some much-needed levity. While Renee didn’t seem too pleased about New Day’s calculator shenanigans, something tells me that kind of humor is right up her alley:

After her abrupt departure from TNA, Awesome Kong has taken to posting her old WWE vignettes to Instagram, prompting fans the wonder if the return of Kharma is finally upon us. Odds are, it’s not in the cards, but stranger things have happened, right?