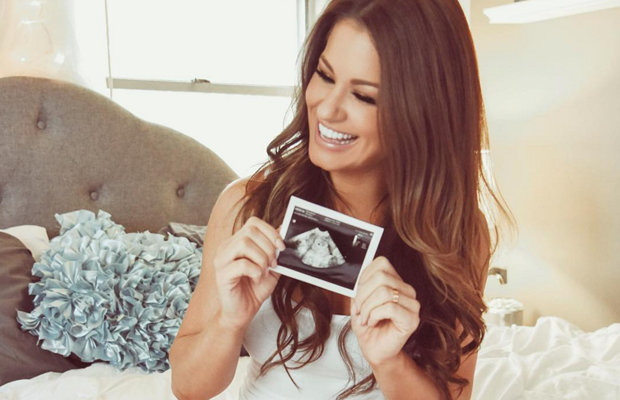 This week kicked off on a much more somber note when rumors began to swirl about the possible retirement of Brie Bella. Brie confirmed the rumors are true in an interview on Good Morning America this week:

Speaking of Brie, she and Daniel Bryan celebrated the five year anniversary of when they officially became a couple this week. While it looks like they may be on to the next stage of their lives, they have never looked more in love:

Today is a very special day for @bryanldanielson and myself. Today we celebrate our 5 year anniversary…..it's not our wedding anniversary but our original date. Beyond words grateful for our love. Words can't describe what Bryan means to me. ?????????????? #anniversary

This weekend, Cameron hit the road with the WWE main roster and teamed with her former Funkadactyl partner Naomi and Tamina. Could there be a new member of Team B.A.D.?

Sometimes 2 people have to fall apart to realize how much they need to fall back together #WWEFresno #dactyls4life? pic.twitter.com/fLdoB08SBH

This weekend, Rosa Mendes finally gave birth to a beautiful baby girl. The Total Divas star shared a photo moments after Jordan was delivered on Instagram:

Nikki Bella is looking incredibly determined to return from injury and reclaim the Divas Championship. Natalya joined her in the gym this week to help her get back into shape and take the division by storm:

Love was in the air this past week on Valentine’s Day and Becky Lynch took some time to wish the WWE Universe a very happy holiday:

Becky also channelled her mischievous side this week when she donned a blonde wig and showed off her “new” look on Instagram, throwing fans of her fiery locks into a tizzy:

Former NXT Diva Kendall Skye stepped back into the WWE atmosphere this week when she paid a visit backstage at this week’s Raw. She ran in to Divas Champion Charlotte, who was delighted to catch up with this gem of a lady:

Maryse also gave fans and fellow Divas nostalgia trips when she showed up backstage at SmackDown, posing for a photo with Natalya and expert photo bomber Stardust:

Nikki Bella is still making her first steps toward recovery, just weeks removed from her neck surgery. Ever the motivator, John Cena took to Twitter to salute the resilience of the woman he’s named the stronger person he knows:

Thank u @BellaTwins for inspiring me thru even the 'down' days 2 #nevergiveup U r the strongest person I know I ?? U pic.twitter.com/1GWTvwE7IV

This past weekend, former TNA Knockout Brooke Adams revealed that she is pregnant with her first child. After breaking the big news, she shared a photo of her first ultrasound from last month:

Heading into their tag team match against Becky Lynch and Sasha Banks at this Sunday’s Fastlane, Naomi and Tamina demonstrated that confidence is all about body language. By that standard, Naomina look ready to show Sasha what Team B.A.D. really stands for:

Meanwhile, strange bedfellows Becky and Sasha are working to overcome their differences to claim victory at Fastlane. Sasha’s strategy includes looking to the past, judging by the Throwback Thursday photo she shared from the days of Team B.A.E.:

Ain't nothing wrong with my aim, just gotta change the target #fastlane

On this week’s Raw, Summer Rae picked up a huge surprise win over Paige, notching her first Raw victory since March 2014. She celebrated the victory on Instagram, but stopped short of calling it a “comeback”:

I ain't gonna say that we back or nothin', cause that implies that we're back from somethin'. #raw #itssummertime