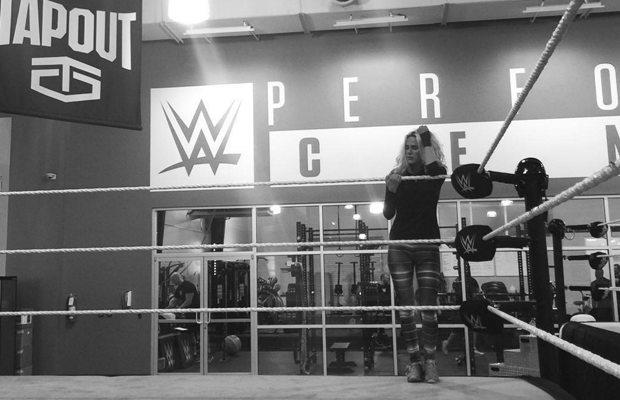 After last week’s horific attacks on Paris, wrestling fans were worried about the well being of Nikki and Brie Bella, who were on vacation in the city with their mother and grandmother. Fortunately, the women were okay and safe. Nikki posted an insipirational photo on Instagram in front of the famous Winged Victory statue after the attacks and some motivational words. We’re all very thankful the girls are okay and keep the city of Paris in our thoughts:

Photo taken just an hour before the attacks happened. Here I stare at the Winged Victory of Samothrace. We all must stand united as one. I saw a City come together to protect one another. I thank the French people for our safety last night. They gave everyone amazing hospitality and protection and it didn't matter your race, religion or nationality. I will stand by France. I will pray for them. I will pray for peace. I pray that one day we all can live in this world together as one. But until that day I will stay fearless. Love. ???? "So do not fear, for I am with you; do not be dismayed, for I am your God. I will strengthen you and help you; I will uphold you with my righteous right hand." Isaiah 41:10

Stephanie McMahon has become a huge public figure these days. The CBO of WWE attended the Global Networks Forum for Women’s Leadership with her mother Linda McMahon this past week. Great to see the women of the McMahon family together:

Proud to be with the my mom at the Global Networks Forum for Women's Leadership! #GNFWomen #WomenLeaders pic.twitter.com/m049IERs7U

Lana seems to be recovering pretty well from injury and is even back in the ring training. The Ravishing Russian posted a photo inside the WWE Performance Center showing her hard at work to get ready for the ring:

Who says being a WWE Diva is all about the glamour? Cameron who has been working on her craft at the WWE performance center was accidentally busted open while training this past week. She posted a photo on Instagram of some painful looking stitches she received on her eyebrow:

Kicking butt is great but getting busted open and getting stitches? Girl bye!! Dr's have advised me not to compete tonight. Dont they know I was born an entertainer not a spectator?!?" #NXT #nopainnogain

Summer Rae brought her Grandma to the Raw tapings this week and show her what it’s like to be a WWE Diva. I don’t think we’re going to see Granny Rae in the ring anytime soon, but she sure was proud of her granddaughter:

Today was a very special day for me! I got to bring my grandma to work with me! It was the first time she has ever been to a show. I got to show her everything backstage, the arena, she watched me get ready & prep. She always hears me talk about it but having her there to see everything first hand meant the world to me! ? Days like this I miss my grandpa but I know he was watching down on us today. She was thrilled to meet my family away from home & maybe NOW she won't be too mad when I can't come visit her more often! ? #raw #wwe #family

I guess it’s already the holiday season! Chyna posted a photo on Twitter in front of a flawlessly decorated Christmas Tree. Hey WWE, the only thing we want under our tree this year is Chyna in the Hall of Fame!

Trish Stratus broke the internet this week with this photo of her and Mickie James engaging in a cock fight. The only way to settle a ten year rivalry.

Remember that time we were in a cock fight @MickieJames pic.twitter.com/H0uljZCwPi

This week, one of the best Knockouts Champions of all time said goodbye to TNA. Brooke has left TNA and gone on to bigger and better things. She posted this photo with some of the Knockouts and a heart warming goodbye to her friends:

I am really going to miss these girls. Lots of laughs, cries, jokes, miles, fights, and love. I've learned something from each of of these ladies. ? #nextchapter #TheEnd Thank you @bobmul345 for capturing this wonderful moment