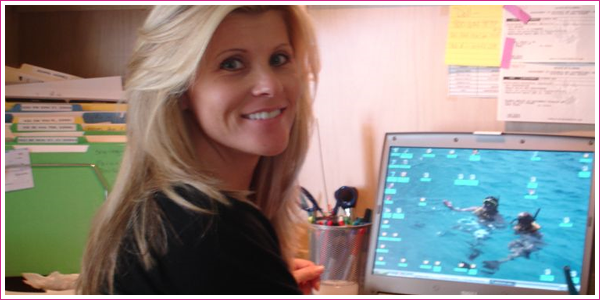 What’s with the trend of Divas pitching reality shows? Last year we reported that an ensemble cast is pitching a Hills-like reality show, meanwhile TNA’s Tara is looking to get into the reality circuit too — and now the latest name to add to that list is former Women’s Champion The Kat, real name Stacy Carter.

Talked recently to Stacey Carter, former bride of Jerry Lawler better known as Stacey “The Kat” Carter back in the day in WWE who is now in the real estate business in the Ft. Myers, Florida area. The Mrs and I are planning on heading to that area when it warms up there and Stacey is lending us a hand with finding us a place to stay. She said that she has a reality TV show in the works with CMT that it has a chance of being picked up. It will center around Stacey, her former career in wrestling and her new career in real estate and will feature cameos from recognizable, veteran wrestling stars. I hope that she has a hit on her hands and more importantly that the show gets a chance.

Given that Stacy’s run in WWE was brief, I wonder how many people would actually remember her and/or watch? Of all the reality show ideas made public, the only one that strikes me as interesting and the only one I could see working is Tara’s. Her decade-long career has made her one of the most recognisable female faces in the industry and her whole transition from WWE to TNA seems like a ready-made plot.

Isn’t kinda scary how all these Divas are turning to reality TV? As well as those noted above, I can think of at least two other women who have either contemplated a show or pitched one. Hollywood celebrities like Paula Abdul tanked with their own shows — does a wrestling star really have a chance?