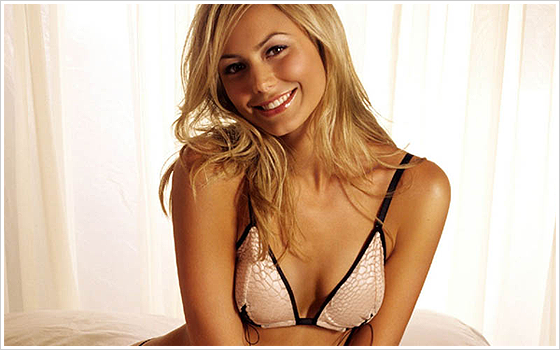 Former WWE Diva, Stacy Keibler has just explained what the “D” in D-List (aka her level of fame) stands for: desperate. Get this… the Keib actually asked for a scene in an upcoming movie, where she got to flash her mosquito bites breasts. Report below:

Spies on Scott Caan’s upcoming film, “Mercy” tell us Stacy Keibler lobbied hard for a scene in which she would expose her breasts.

Then the unthinkable happened! Director Patrick Hoelck nixed the idea!

People on the production team were stunned, lobbying Hoelck for a change of heart. And finally, Hoelck saw two really good reasons why he should change his mind.

Keibler now realizing her rack’s worth said no way and declined the role completely.

The role has since been given to a no-named actress. Her name? Not Stacy Keibler.

It seems Stacy isn’t content being a D-Lister anymore and is attempting to punch above her weight; sorry sweety the C-List and above are for people who actually offer something to the entertainment industry. Aside from turning up at parties and the odd guest appearance on some of ABC’s lowest rated shows (which then get axed that very season), Stacy hasn’t been up to much since Dancing With the Stars. What will S think of next? Flashing her privates upon exiting a car? That’s never been done before…