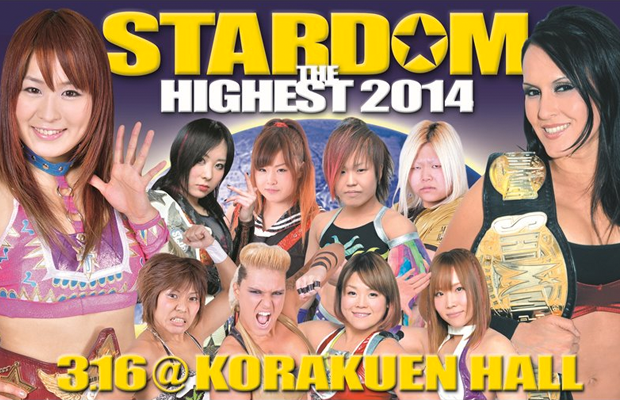 Yesterday in Tokyo, Japan, SHIMMER Champion Cheerleader Melissa attempted to become a triple crown champ when she went head to head with STARDOM Champion Io Shirai at STARDOM the Highest.

Melissa, who also holds the RCW Angels Championship, was making her first appearance in Japan in over seven years.

According to PuroLove.com, Melissa came up short in the 18 minute match, falling victim to Shirai’s double-arm facebuster.

Kellie was on the losing end of a match for the Six-Woman Tag Team Artist of STARDOM Titles, teaming with Kaori Yoneyama and Hatsuhinode Kamen to be defeated by Miho Wakizawa, Hiroyo Matsumoto and Mayu Iwatani. Madison lost to Takumi Iroha, while Alpha teamed with Kyoko Kimura to successfully defend the Goddesses of STARDOM Titles against Nanae Takahashi and Kairi Hojon.

Cheerleader Melissa moves on to SHIMMER 62, which takes place during WrestleMania weekend in New Orleans, Louisiana.