Style Showdown: It’s the Most Wonderful Time of the Year.. 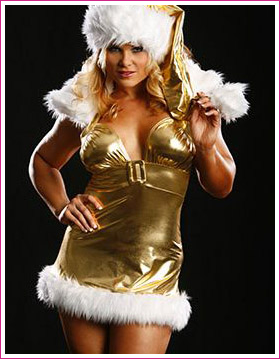 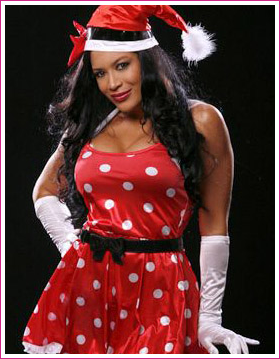 Welcome back to the Style Showdown! This is the contest where we put our favourite Divas and Knockouts up against each other, not in the ring, but in a battle of who looks better!

Last time on the Style Showdown: WWE songstresses Jillian Hall and Lilian Garcia faced off in a style duel. Many of you think Lilian has the better singing voice, and apparently you think she was the better dresser – she garnered 188 votes while screechy Jillian was close behind with 128.

This week, it may be the holiday season, but there is no peace or good will between rivals Beth Phoenix and Melina. The two Divas have recently reignited their feud, with Melina gunning for Beth’s Women’s Championship. In accordance with the season, we’ve pitted the two Divas against one another based off of their “Santa’s Little Helper” outfits from the recent “Divas Holiday Spectacular” photoshoot. Who do you think earns your gift (a vote) and who deserves a lump of coal? Cast your vote below!