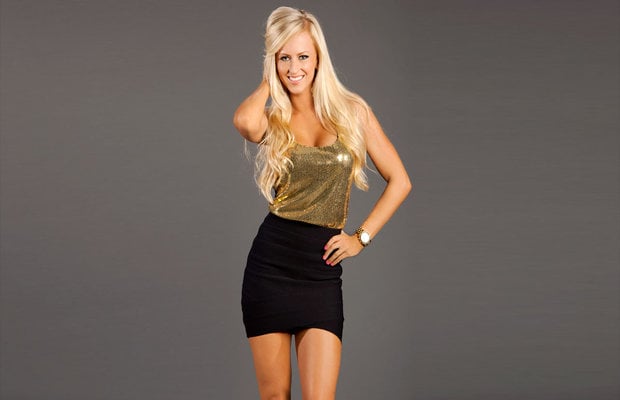 After Summer Rae‘s disappearance from Raw after the draft and a social media campaign demanding the brand to utilize her, Summer has confirmed she is suffering an undisclosed injury.

Well it's almost mid November now, so maybe it's time to answer the question I get flooded with every single day on social media. For the past 2 & a half months I have been dealing with an injury. I've been very private & not shared my journey during this time. I don't know why that is actually. Perhaps talking about it & putting a spotlight on it makes it more real & that wasn't something I was ready for. A spotlight is put on us in every aspect of our lives so maybe I thought 'let me deal with this privately since it effects so many things in my life in & out of the ring'. Or maybe why I haven't talked about it is because I assumed it would be an easy fix & wouldn't take that long to get back to normal. That it wouldn't take this long to not only fix but diagnose as well. That alone is so frustrating. That holding pattern that your life is put in. For 9 years I've been lucky to lead a healthy athletic career in both football & wrestling so these aren't things or emotions I've had to experience before. I've gone thru so many emotions during this time but been very private with it all. I love what I do. I am absolutely in love with wrestling & the WWE universe. It's so unique & unlike anything else in the world! In this business you just go go go & putting your body on the line every night becomes second nature & you don't think much of it. But that isn't a normal thing. Our bodies aren't made to do this. But you forget that when you hear the roar of the crowd! I've been so humbled by the overwhelming support towards me on social media & seeing the fans outpouring love & passion. I must say it's bittersweet seeing it from home. Im lucky to be surrounded by an amazing team of doctors & physical therapists. Its a lot harder than I thought it would be to fix things but you only have one body so taking care of mine is a top priority right now. Sharing this with you guys has been weighing heavily on my heart lately & I felt like I needed to. It's been one of the most frustrating times of my life filled with so many different emotions. Generally speaking, the unknown is scary. But thru the greatest times of uncertainty in my life have come immeasurable things. ??

Rumors have persisted that Summer was injured after she posted a picture of herself in a neck brace. She later denied allegations but Pro Wrestling Sheet and others would continue to assert she was missing in action because of undisclosed neck, back, and elbow injuries.

Summer’s last match took place in August during a house show. Despite her injury she has been on the covers of various magazines, been heavily active on social media and more.

What do you think of this news? Sound off in the comments below.