SummerSlam in Review: Welcome to The Bad Girls Club 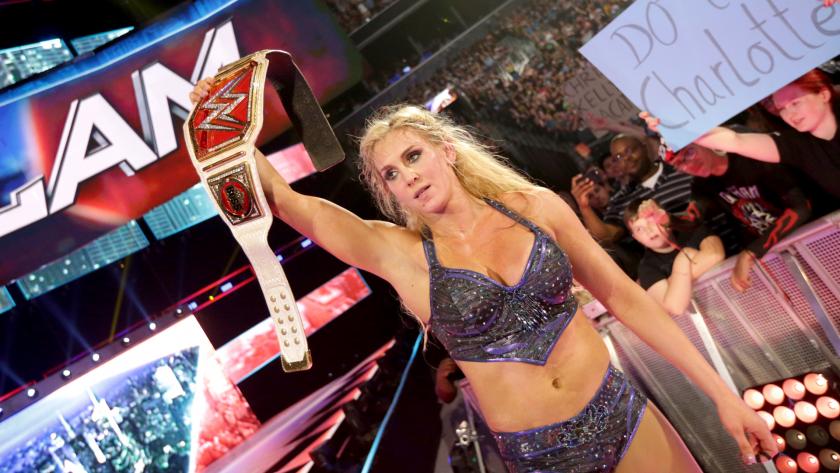 What a night Summerslam was! With a women’s match each for Raw and SmackDown Live, it was a night to remember. A championship rematch and a possible surprise tag partner in the mix, Summerslam was on course to shake things up for the women’s divisions. It proved that sometimes, it pays to be bad.

Up first, Charlotte looked to regain the Women’s Championship from Sasha Banks. This wildly competitive match featured a backbreaker on the top rope, Sasha’s innovate reversal into a hurricanrana, and “The Boss” going through an tactical onslaught on her injured back from the former champion. The damage to her back would prove to be too much for Banks as Charlotte would counter the Bank Statement into a roll-up (much similar to Sasha’s NXT Women’s Title win) to become a two-time Women’s Championship.

Our other match was the six woman of the team of Naomi, Becky Lynch, and Carmella facing the team of Natalya, Alexa Bliss and…Nikki Bella! After these dust settled the Fearless One would get the win after debuting a new TKO move to win the match.

Thoughts: I’ll be really honest here. I was just as shocked as the world was by these results. I think there were more positives than negatives here and overall, it was a successful night for the women of the WWE.

Going into the Women’s Title match, I was sure Sasha was headed to retain. I thought after the weird backbreaker spot from the top rope, the two never regained control of the match. Whether it is a real or worked injury, (I’ll assume it is real because that bump was nasty) Sasha Banks deserves credit for finishing the match. However, Sasha has had a history of injuries and as a fan, I feel concern for her safety with her incessant need to perform moves that it looks like she simply can not do/has not trained enough to do. She doesn’t to kill herself to have a good match. I fear that if she doesn’t look back and change this pattern, she’ll wind up a female Daniel Bryan and retire before she reaches her true potential.

I thought that the top rope Razor’s Edge into hurricanrana reversal was very cool to see. Charlotte’s relentless attack to the back of Sasha is proof of how good of a heel she has become. It reminded me of her dad’s old wars from the NWA to see always go right back to attack the same area. The finish of the match was unexpected and I liked that is was sort of anti-climatic. Charlotte winning had that Brooklyn crowd SEETHING and I loved it. They have gone from loving her to hating her very existence. What a difference a year makes for her. Overall, I think the match they had on Raw a few weeks back was just magic and they could not top it.

The SmackDown Live tag match was a ton of fun to watch. First off, major kudos to the bookers for letting each woman have her own entrance. I loved how into Naomi the Brooklyn crowd was. It was AMAYAYAYAZIN to see! I laughed my ass off at Eva’s ring announcer saying she was on a holiday to deal with stress! A brilliant idea!

When Nikki Bella came out, the ENTIRE wrestling world marked out. Looking back, I think nobody came close male or female, to getting that kind of reaction. A year ago, this crowd shitted on her match. Brie told Brooklyn to kiss her ass, and now, they loved her. I guess it is safe to see absence makes the heart grow fonder and in an instant, Nikki turned Brooklyn into Bellaville.

The match was a ton of fun, with each woman getting the chance to showcase their skills. Naomi in particular really impressed here as every move hit so well and looked so smooth. Carmella played the role of the beatdown underdog so well. Alexa continues to shin as a heel making the most out of her time out there. Becky and Nattie as the veterans framed the match when they stepped in making clear transitions for the match to flow. Nikki’s new TKO finisher looks cool and I have a feeling we’ll be seeing a ton of new moves from the Fearless One. I must say, the blue brand won the night for me.

As far as the valets are concerned, Maryse wins “Fashion Statement of the Night” with her Lady Gaga/Britney Spears inspired garb and she also did so well in the match, even trying to insert herself to make sure her husband kept his title. Lana did well here with her reactions to her husband getting brutalized. I know we live in a PC world, but I wish I could see more from her getting involved physically.

SummerSlam was a fun night to watch. A LONG show, but as far as the women are concerned they got great placement on the card and got time for the matches. It was up to them to make it work. And that, is what we’ve been fighting for, right? All the heels won so it’s safe to say that Brookyln became The Bad Girls Club.

Did you enjoy SummerSlam? How did you feel about Charlotte winning back the title? Did Nikki’s return excite you? What do you predict for SmackDown’s Backlash and Raw’s Clash of Champions? Let us have it in the comments!