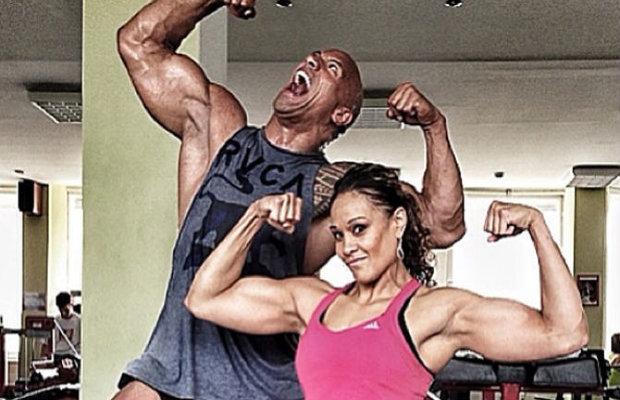 In a recent interview with TheCoconetTV, Tamina talked about her family’s wrestling background, being the first female Polynesian Superstar in WWE, managing motherhood, and more.

On being the first female Polynesian Superstar: “It is humbling because it is something that’s much bigger than me. Because without those Polynesian warriors who put in the work, who broke down those barriers, who battled in the ring before me, there would be no Tamina Snuka. So when I put in the work, when I step in the ring, I always do my best to honor that tradition but it is always my responsibility to take it to the next level to pave the way for future Polynesian women.”

On getting into wrestling: “I feel like I was born to do this. I think at a very young age that’s when I fell in love with it. We were able to go to the wrestling matches and watch my father wrestle with other family members. It is a true blessing to be a generational wrestling and carry on the legacy my father has paved the way for me to do.”

On juggling motherhood with wrestling: “I have a really good support system and I’m really great friends with their dad and he helps me a lot too. That’s what mainly drives me and pushes me to live my dreams because not only am I doing it for myself, I’m doing it for my girls.”

Tamina recently announced that she’s recovering nicely and gearing up for an in-ring return after undergoing surgery for torn ligaments in her knee earlier this year.

She was last featured in a WWE event on the 23rd of April in an eight woman tag match overseas. Her latest match on WWE television was on the April 18th edition of Monday Night RAW. Here she teamed with Charlotte, Summer Rae and Naomi in a losing effort against Sasha Banks, Paige, Natalya and Becky Lynch.

What did you think of the interview? What brand do you want to see Tamina on? Sound off in the comments below.