Tara Talks Issues With Dixie Carter, the Current Diva Who “Has Everything”, Helping Aspiring Wrestlers & More 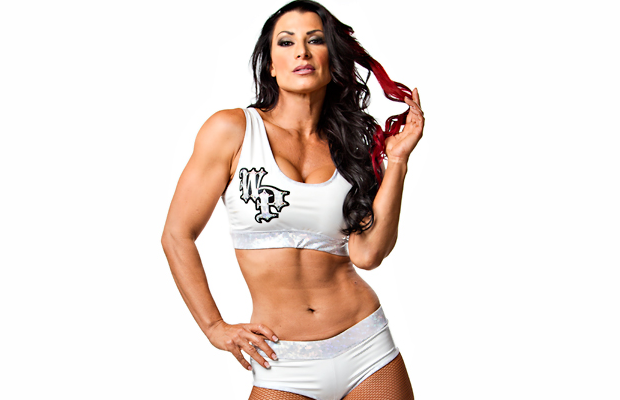 Former WWE Diva and TNA Knockout Tara recently joined Jim Ross‘s Ross Report podcast to talk about her time with WWE and TNA, the Diva that impresses her the most, wanting to help aspiring female wrestlers and more.

Poor cross-promotion between TNA and The Squared Circle: Tara tells a story about the time she spent $6,000 of her own money to promote a TNA show in Chicago at her restaurant, The Squared Circle. When asked if she knew about it, TNA President Dixie Carter only said, “Yeah, I heard.” Tara also held a party for some of the talent at her restaurant while they were in town. While they were there, two people from the TNA offices sent an email to the roster asking them to promote another pizza place in Chicago on Twitter as being “the best pizza they’ve ever had.”

Tara says that when she found out about it, she went off and told Bruce Pritchard, “The day I leave my job, I’m punching that cunt in the face,” in reference to Dixie. He replied that she’d be doing them all a favor. She says when she did podcasts to promote TNA and was asked how having a female boss was, she would have to lie and say how wonderful it is, which “made her want to vomit.”

Advising Lana at a WWE event: Tara shares that when she was backstage at one of the WWE’s Chicago shows, Lana approached her to pick her brain because she wants to wrestle and is training as much as possible.

Helping Divas navigate the backstage environment: She says when she got into the business, nobody really liked her because she was the new girl, but Ivory took her under her wing. She then vowed to never be that way and brought girls like Lena Yada into her circle of friends when she was new and riding alone so she could drive with them and share hotel rooms.

Being impressed by Charlotte: Tara says she thinks Charlotte is amazing and is a huge fan of hers. She can’t believe Charlotte can grapple and do a little high flying. She says Charlotte has everything. JR adds to the praise, claiming that she would be his first round draft pick of all men/women in NXT in terms of being “ready to roll.”

Wanting to run an all-women wrestling seminar: She says she wants to host a seminar to give girls getting into the business some help, but nobody has asked her to do one yet.

You can listen to the full interview on PodcastOne.com.