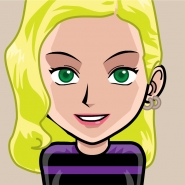 My interests outside of wrestling: Writing, travelling, watching a lot of television and film, anime and manga. I’m also a bit obsessed with shopping, both in real-life and online.

My most played song on iTunes: ‘Howl’ by Florence + The Machine.

The movie I could watch on an endless loop: Spirited Away.

My favorite book: I’m not even ashamed to admit that I love the Harry Potter series… but I also love reading peoples’ autobiographies. My favourite one of those thus far is Motley Crue’s ‘The Dirt’.

My female wrestling ‘spirit animal’ would be… Nattie Neidhart.

If I had a free shot at any character in wrestling, I would hit… One of the Hardy Boyz.

If I was a wrestler, my go-to gimmick and entrance music would be… I liked Melanie’s answer of ‘snarky & sarcastic babyface’ as that’s pretty much how I am in real life. Music-wise, I’d select a song that is oft used as entrance music – “Celebrity Skin” by Hole.

The finishing move I wouldn’t want to be on the receiving end of is… Kudome Valentine.

If I had front row seats to WrestleMania & faced the hard camera, my sign would say… I don’t think I’d travel all the way from Australia to WrestleMania just so I could miss all the action in the ring!