The Art of the Diva Comeback 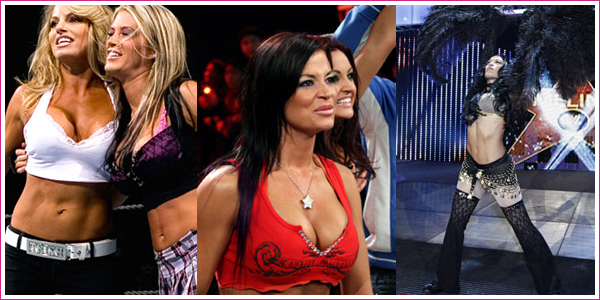 Former Divas Champion, Maryse is set to return next Monday night in what will likely end up as one of the worst kept secrets in forever, but the real question is: How will WWE pull it off? The company hasn’t had a great track record with the ‘Diva comeback’. Most of them have been rather boring and as with most things Diva, probably took around 30 seconds to write.

There was a time when comebacks were genuinely exciting and perhaps the best example of this is Lita‘s return in 2003, saving Trish Stratus from a beatdown at the hands of Gail Kim and Molly Holly:

Like her or loathe her, this return had all the ingredients of an epic comeback: an iconic Diva who’d been gone for more than a year, a Diva the fans actually cared about and JR screaming to the point of losing his voice added an authenticity to it that made it feel like a WrestleMania main event. Many a Diva fan can recall where they were when this went down or remember their reaction when they first saw it. No ‘ifs’, ‘buts’ or ‘maybes’, this was a storybook comeback — for any Superstar, let alone a Diva.

Fast forward five years and the Diva comeback has been relegated to nothing more than a random appearance mid-match. Here’s one of Candice’s many returns:

While Lita’s return may have been epic, this one was more “Oh… she’s back.” But it didn’t have a patch on Ashley Massaro‘s eye-watering return in a multi-Diva lingerie pillowfight. We’ll do you a favour and won’t post the video.

Trish’s return in 2005 — you know that time she was injured and took the Women’s Championship with her? — was halfway between Lita’s return and Candice’s. It was exciting yet humdrum at the same time.

While the return of Trish Stratus after months of absence should have been a ceremonious affair, the same energy just wasn’t there as it was two years earlier when Lita returned.

But if you really want humdrum take Melina‘s return last year; WWE pretty much followed the same set up that they had used for Candice’s second comeback of the year just a couple of months earlier — a six Diva tag match. You know things are bad when the girl’s return can’t even get an original thought. And then you go and spoil it all with a technical snafu too.

What salvaged this return is Melina taking things into her own hands; the Diva busted out some new moves, new ring attire & brought out the peacock feathers she usually saves for big events like WrestleMania in an attempt to give herself a big comeback that WWE’s writing didn’t afford her.

So with Maryse’s return falling one year exactly from that moment made by Melina, what can we expect of her comeback? And will it be a memorable one? What makes a comeback special? Discuss!