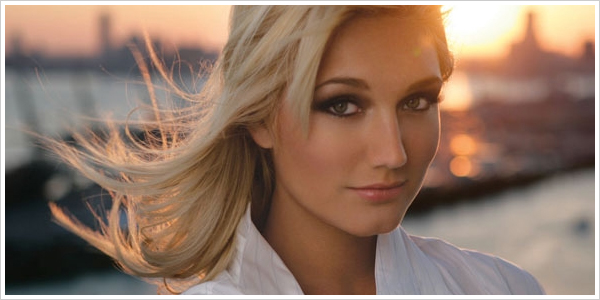 I tried, I tried, I tried. Brooke Hogan can’t really be considered a “Diva” or “woman of wrestling”, hence why we have never really posted anything about her. But things are getting juicy! First off, Hulk’s little girl may be appearing in Playboy! That is the rumour that’s been making the rounds by oh I don’t know, just about every site wrestling and non-wrestling! According to Brooke’s publicist, she has received an offer but hasn’t made any decision at this time. I guess following the ratings success of her VH1 series, milk that cow!

Secondly and more disturbingly, Brooke has apologised for signing an affadavit testifying that her father, Hulk, physically and verbally abused mother Linda during their marriage. Brooke cites that she felt she was being “pressured” by Linda but has realised that what she did was wrong. Brooke says she is no longer speaking to her momma and is living with her dad:

Brooke Hogan issued an apology for making what she now calls false allegations that her father Hulk abused her mother.

“I did it under significant pressure from my mother,” Hogan, 20, tells PEOPLE in an exclusive statement. “It was only after I learned all the facts that I realized I made a big mistake in signing it.” Read more Â»

Could this family be anymore fucked up? Her mother is absolutely disgusting.